Anna’s background is in Graphic design. She studied for two years in General Art and Design at Portsmouth, eventually qualifying in Graphic Design after further studies at Croydon College of Art.

Anna initially worked in a printer’s and then as a Designer and Art Director at Freemans catalogue. She worked freelance for publications such as Marks and Spencer’s Direct, Best, Bella and That’s Life magazines.

Anna was born and grew up on the Isle of Wight, forging a great love for nature and the countryside. It was this that inspired her to get involved with the set up and running of the Art Activities at Little Explorer’s a preschool group set in Morden Hall Park.

Finding time on her hands after her two children had started school, Anna began making cards and painting wooden gifts initially for friends and family. She became inundated with requests to make and sell them and Ask Alice was born. She is now part of a co-operative of artists and crafts people, The Craft Gallery at Merton Abbey Mills. 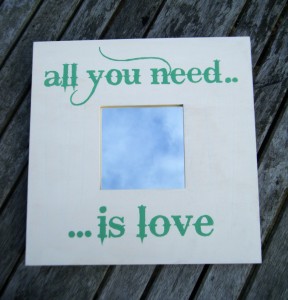