A Flock of Firebirds 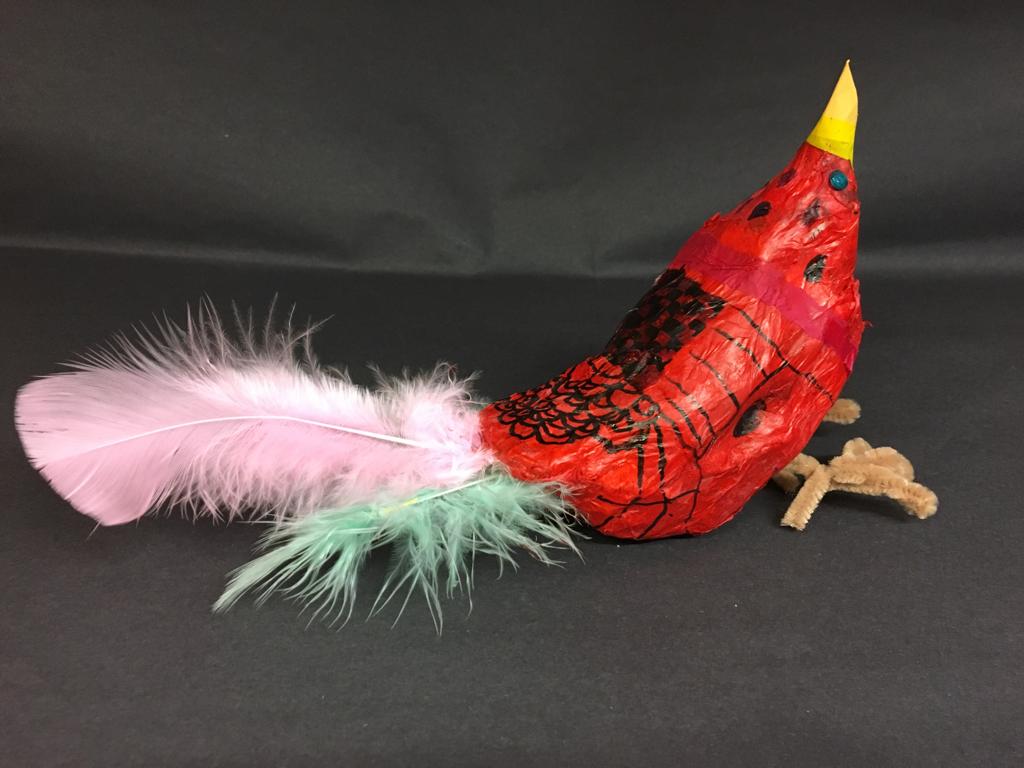 The theme for our project this half term, originated from the Russian Folklore Story, The Firebird.  Interpreted into classical music by Igor Stravinsky, we listened to the dramatic finale on youtube, watched a clip of the ballet and read the story, to inspire us to imagine the phoenix rising from the ashes, the resurrection of the mystical Firebird and it’s eternal life. 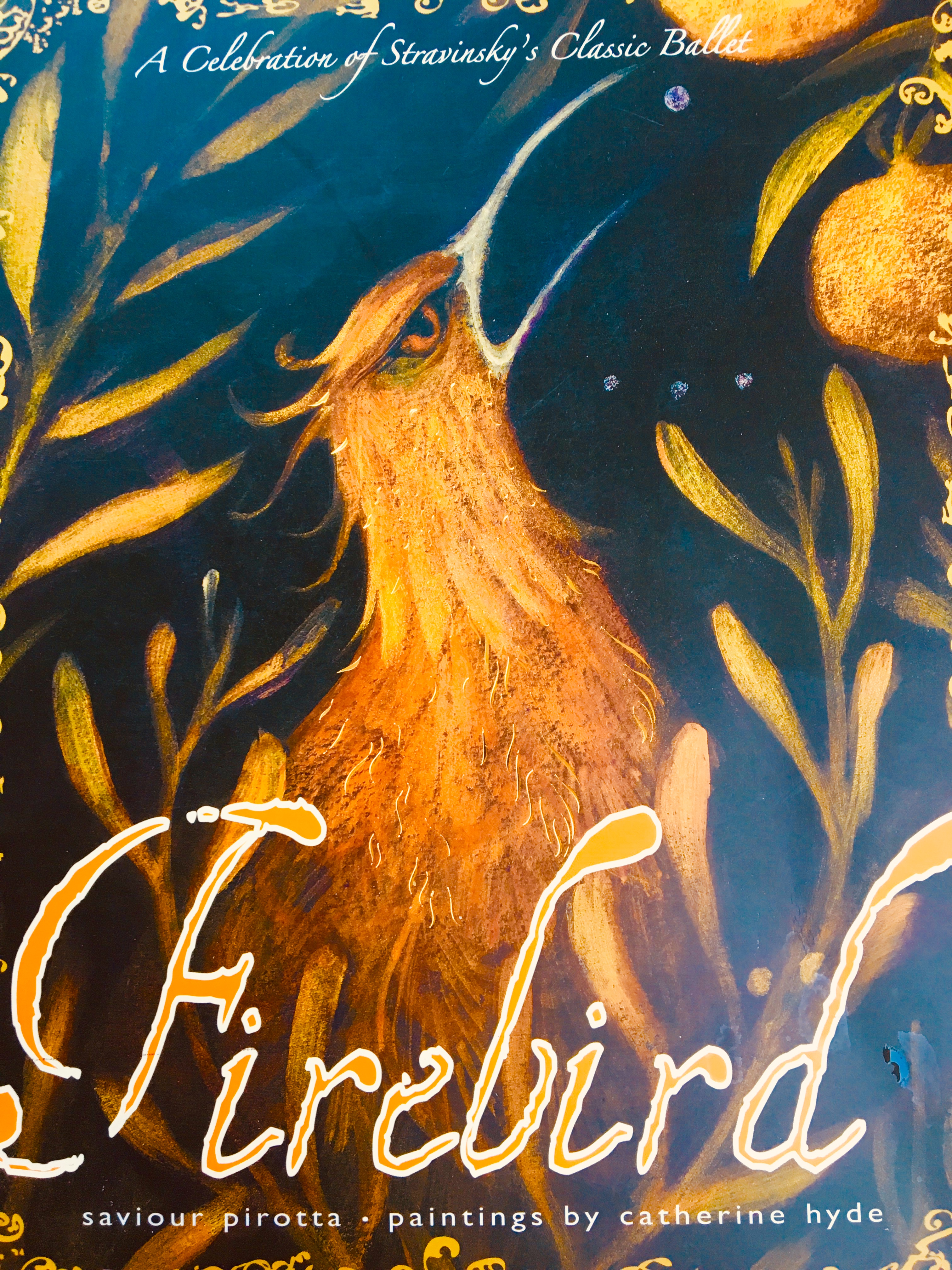 The story tells of three Russian princes, who rise to the challenge of capturing the illusive thief of their father, the King’s, Golden Apples.  Following their trials of long journeys on horseback, deadly decisions and wicked sorcerers, we all fell in love with the fairytale and it’s feathered hero.

After warming up our drawing skills, we talked about the shape of birds and how they break down to semi-circle bodies, a round head and a triangle beak.  Once we had the shape, we designed our own coloured and patterned birds.

Some ingenious techniques were demonstrated by our little artists, such as Thomas, who showed us all how to draw a bird using his hand as a guide for the body and thumb for the neck, which was very effective.  Try this yourself at home… 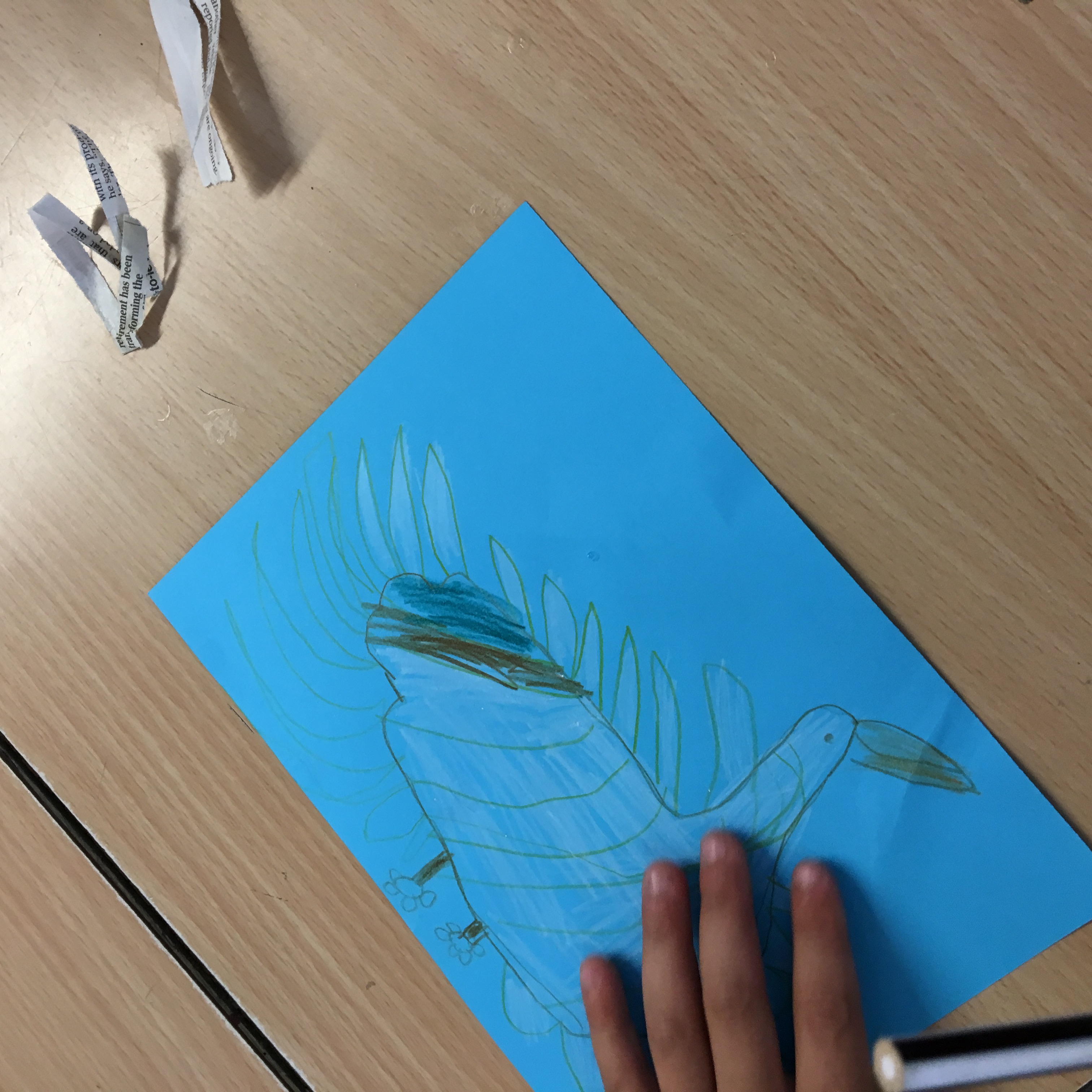 Other children prefer to use a reference point to assist them when learning to draw something new.  We looked at the breakdown of Picasso’s dove drawings and copied them ourselves, taking them off in our own directions. 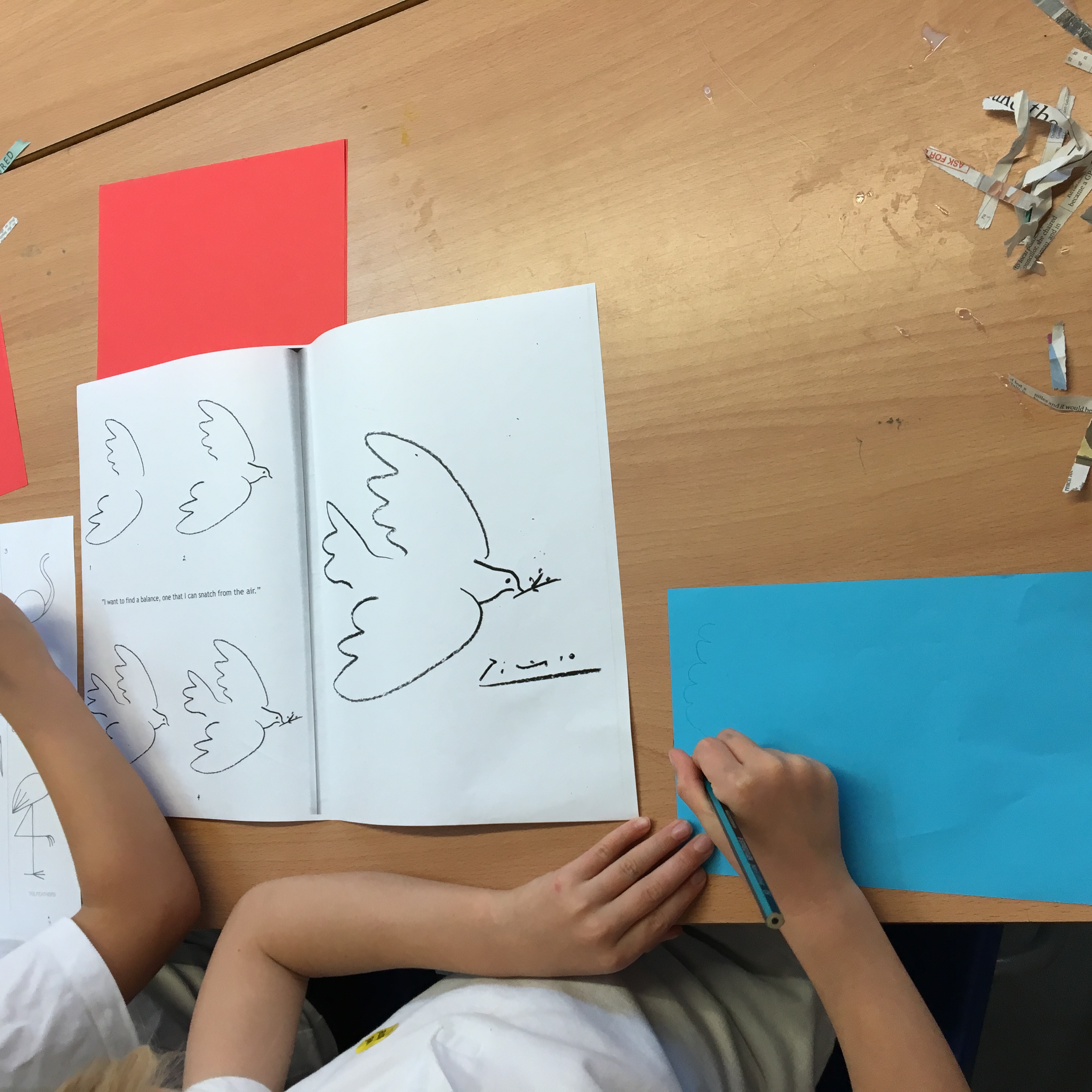 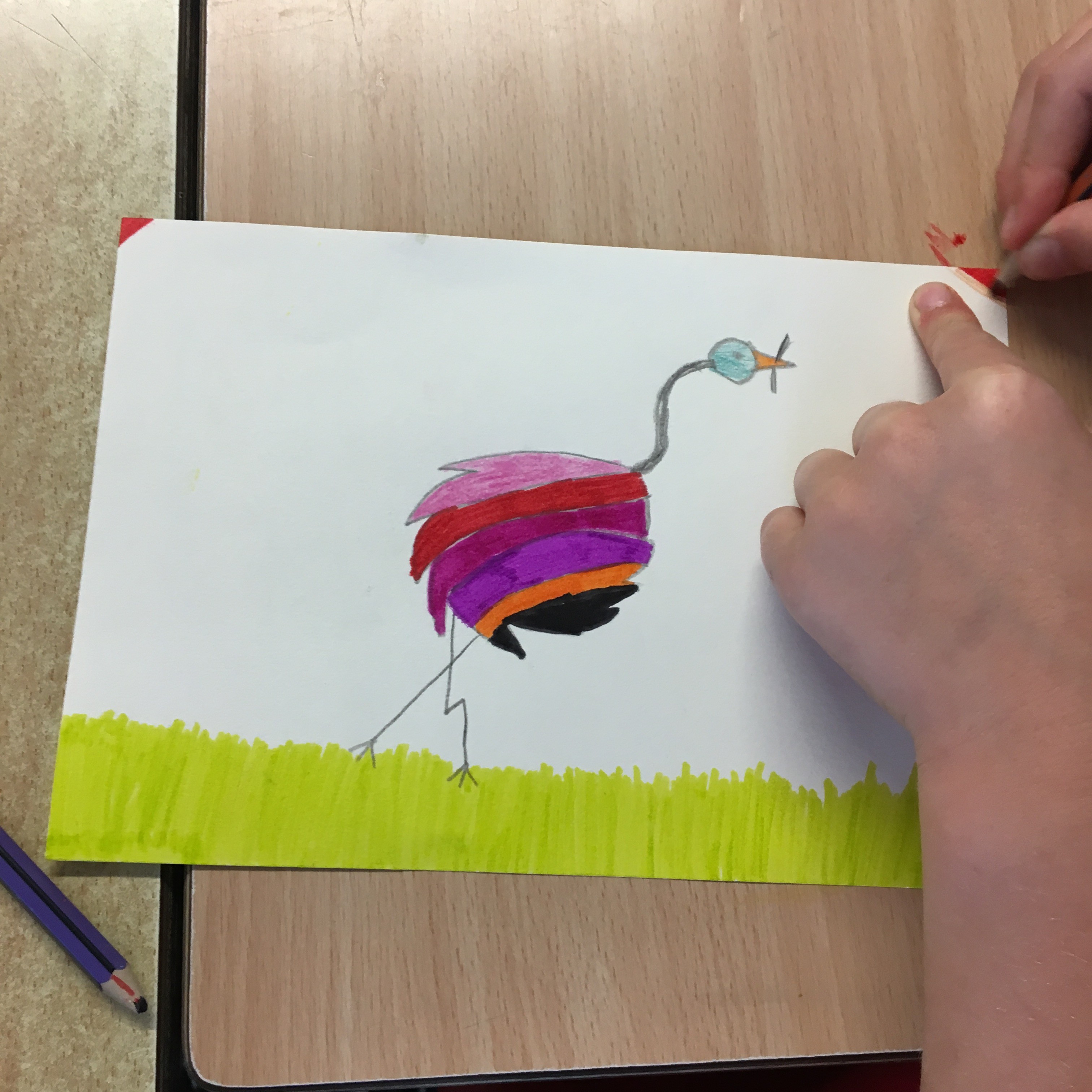 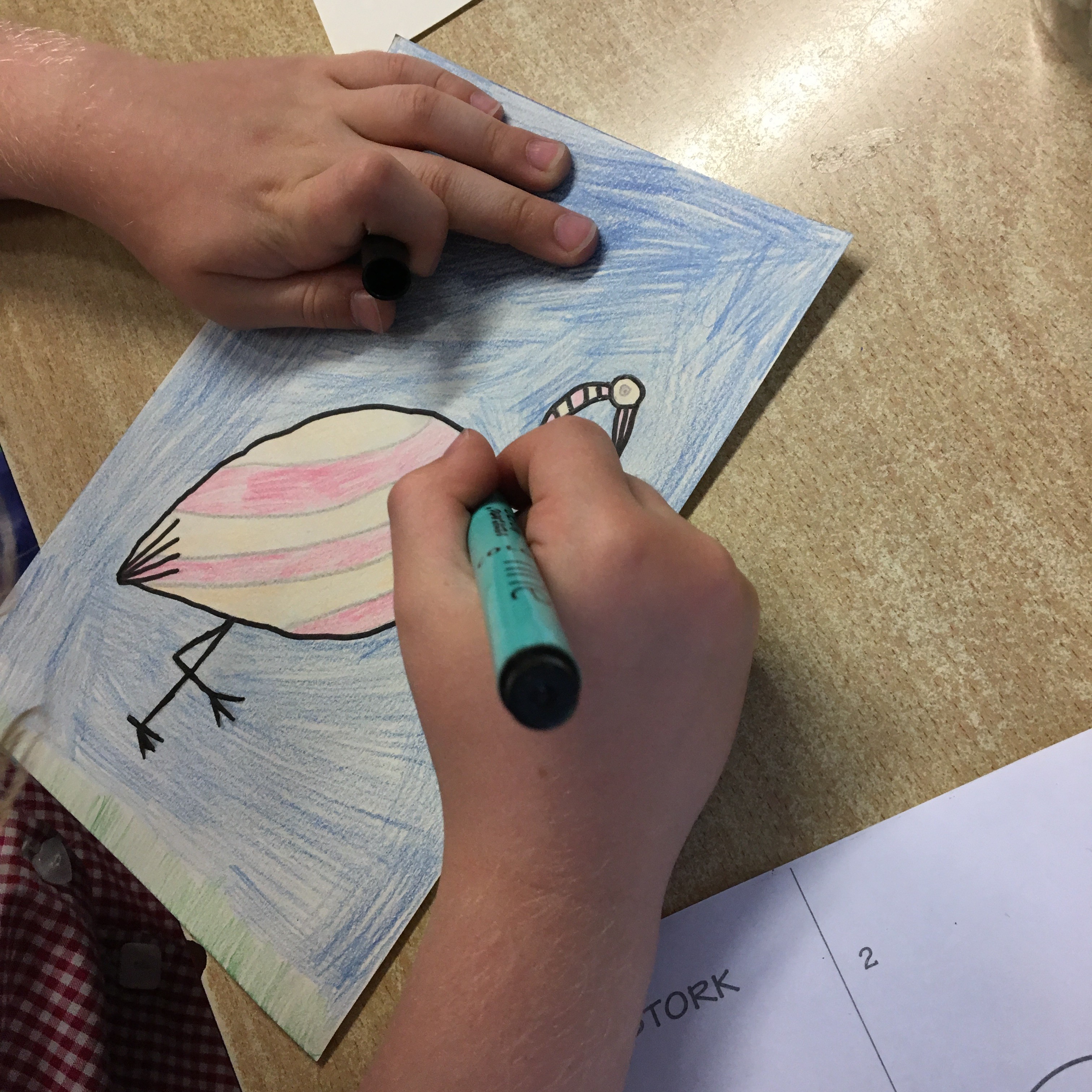 We looked at different garden birds to study their feather patterns, colours and shapes as well as the variety of legs and tails. 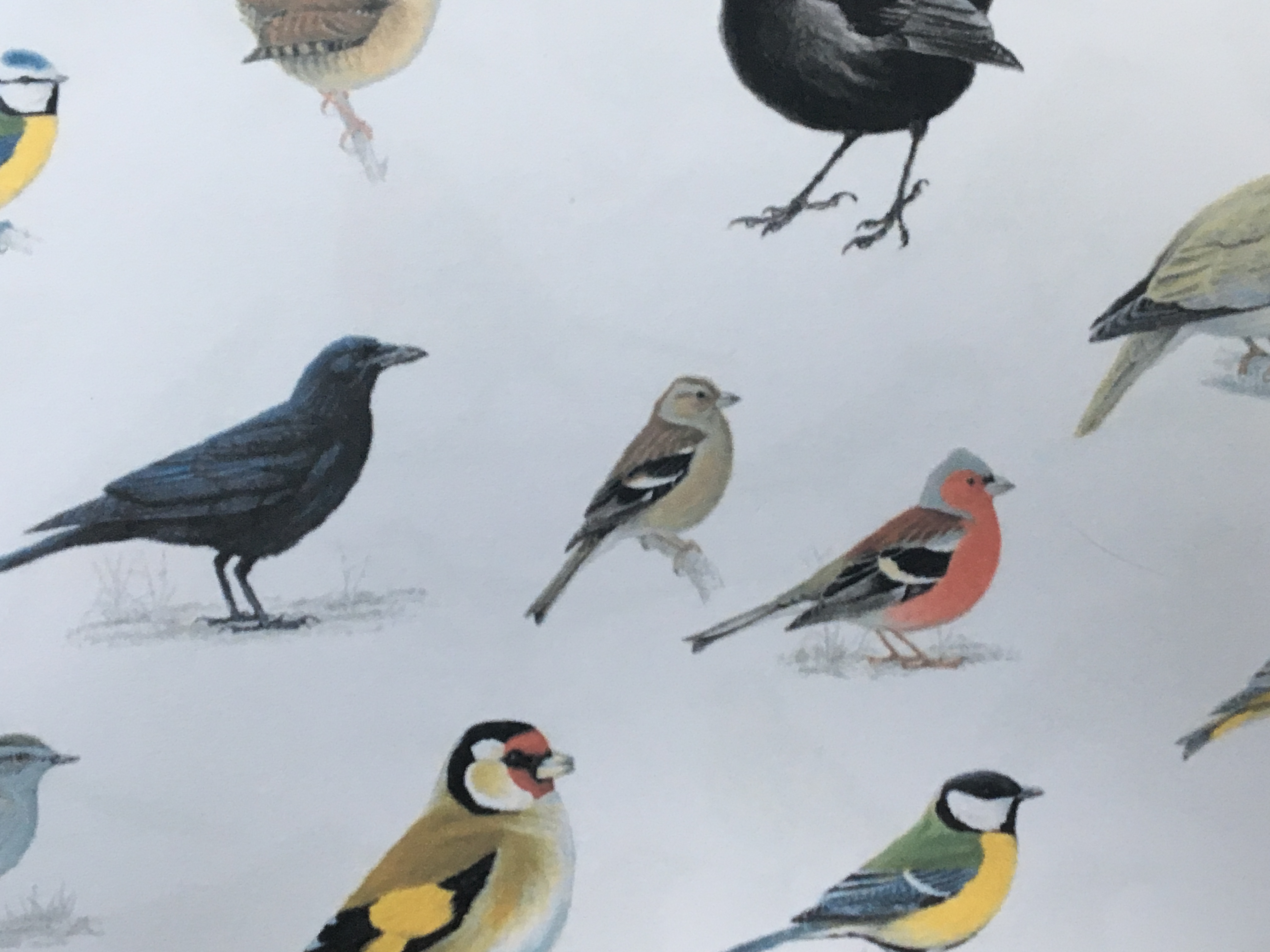 To build a three-dimensional model, inspired by the Firebird, we all crunched a piece of tin foil around a ball of paper.  The foil is great for holding it’s shape and the children all moulded it into a bird shape. 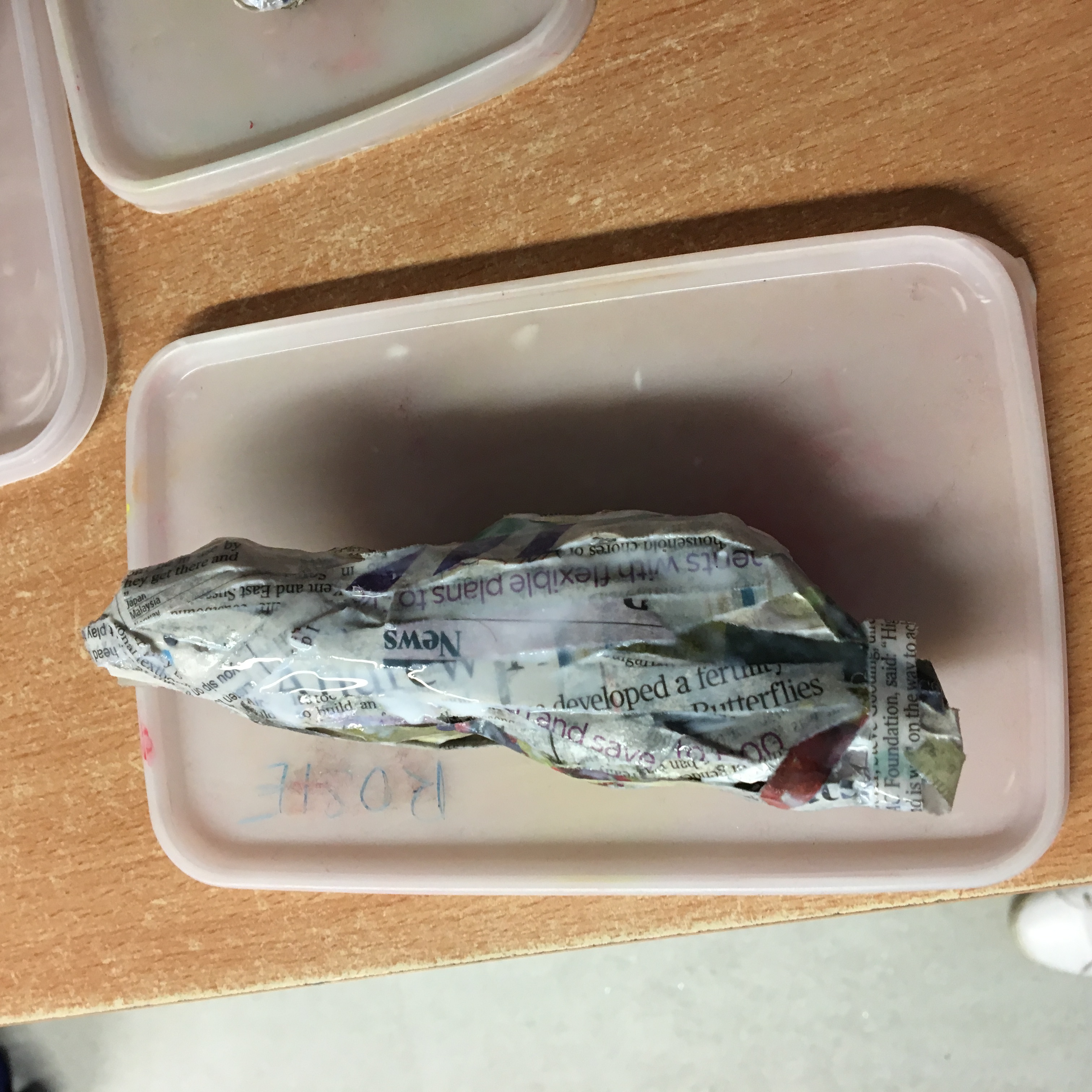 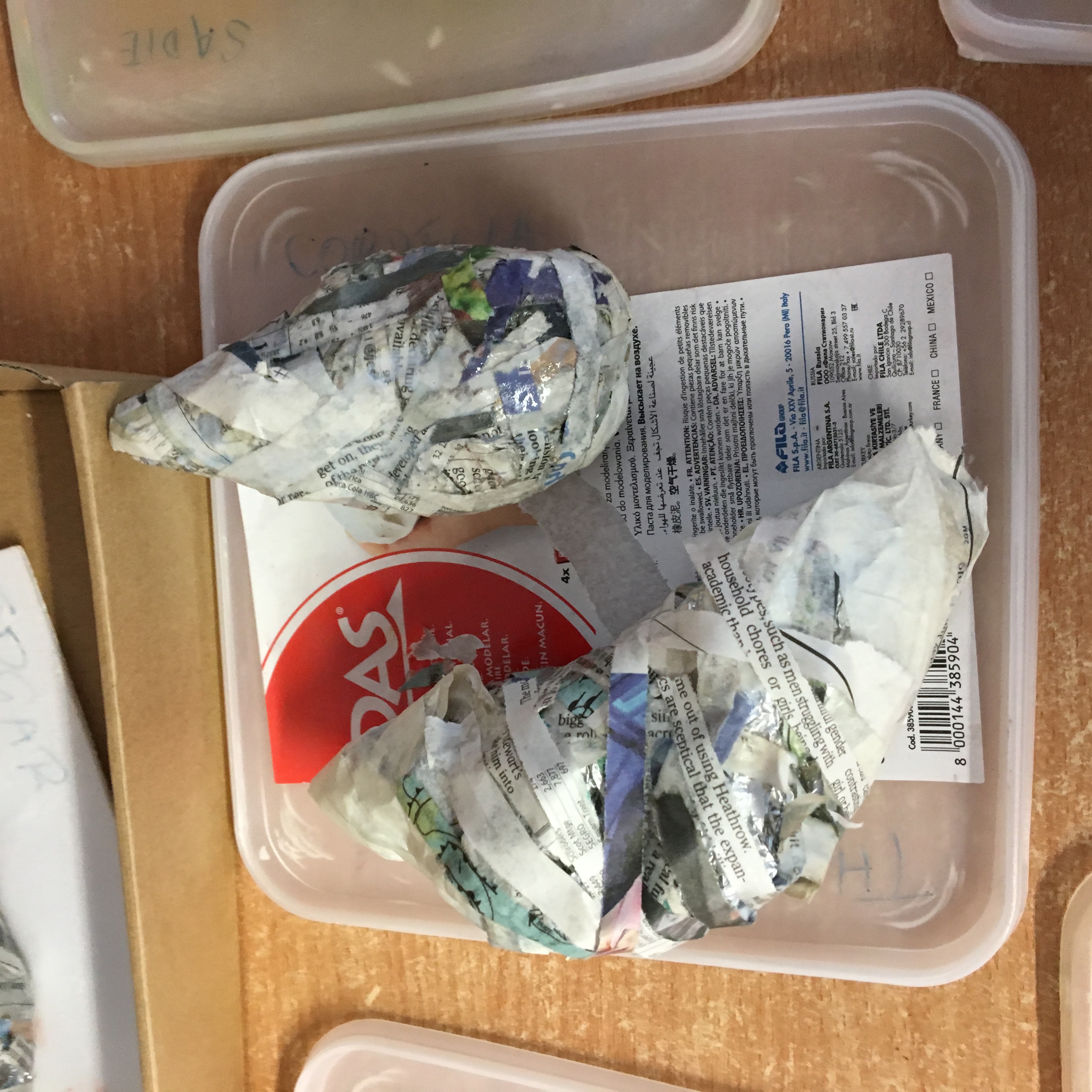 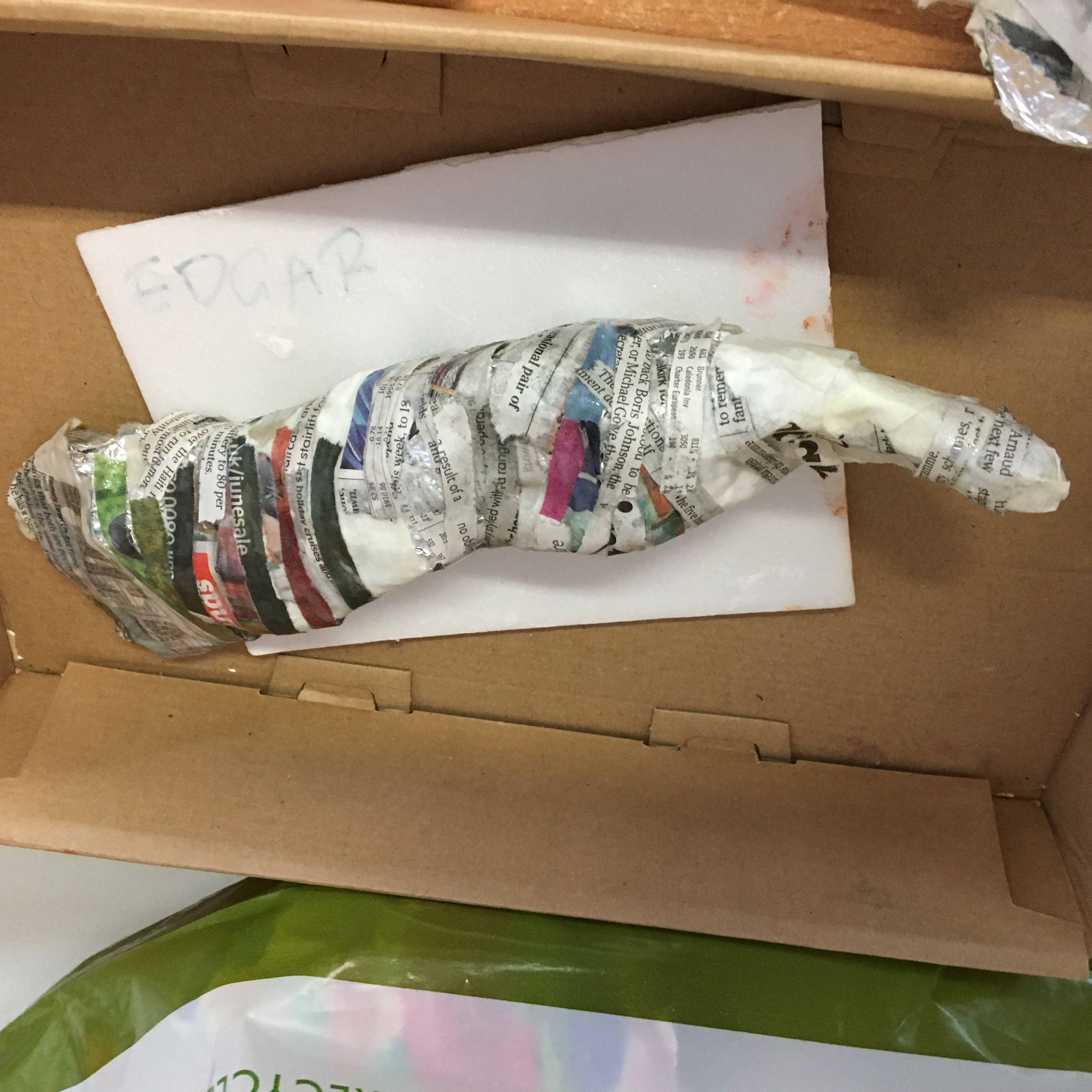 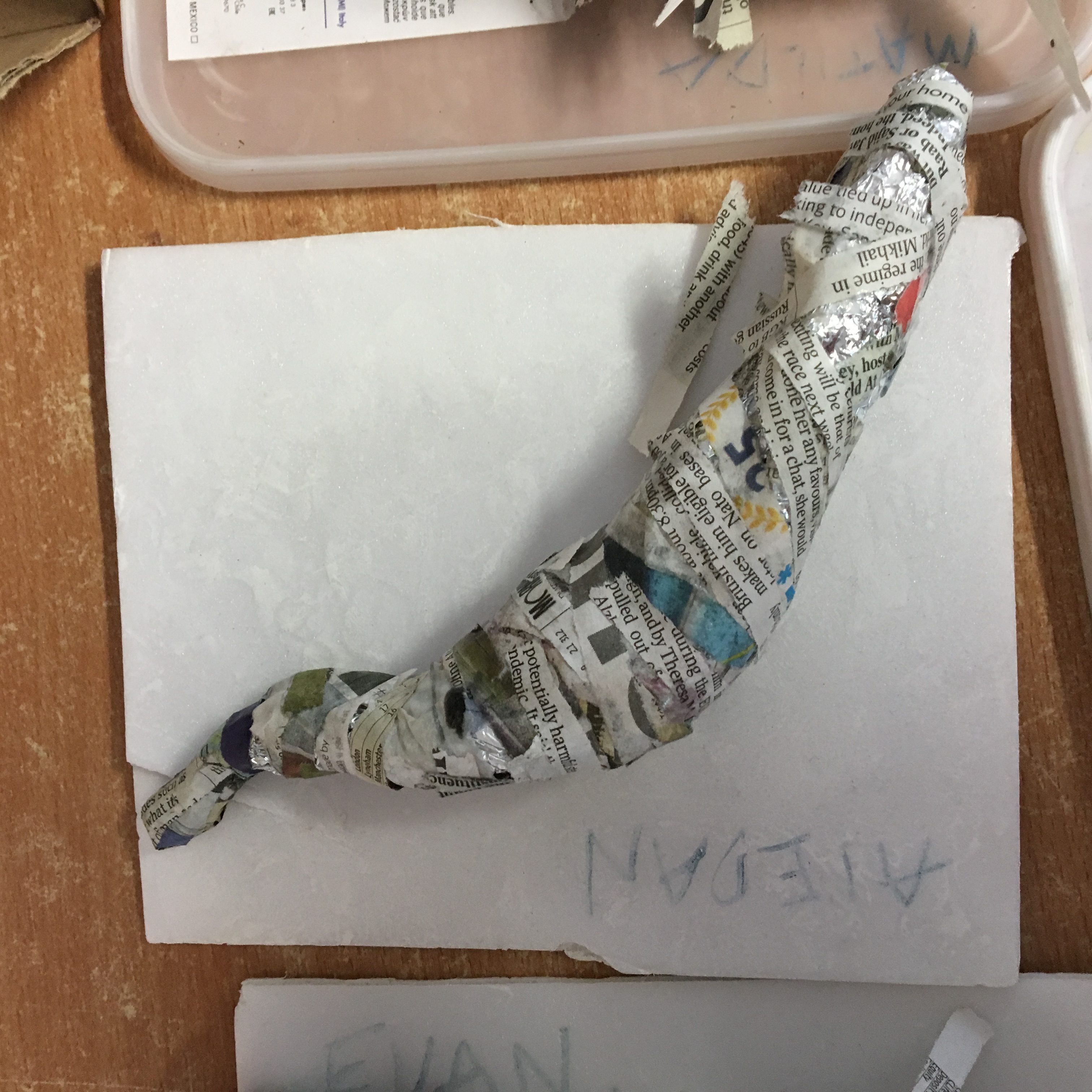 We applied strips of shredded newspaper to the foil using PVA glue diluted with water and by stroking with our fingers, pasted the ribbons of paper around the foil until it started to feel robust.  We repeated this over a few weeks until there were at least two layers of newspaper.

Whilst these were drying we all had a prance around as the Firebird in the ballet, creating some wonderful interpretations of the dance in the classroom. 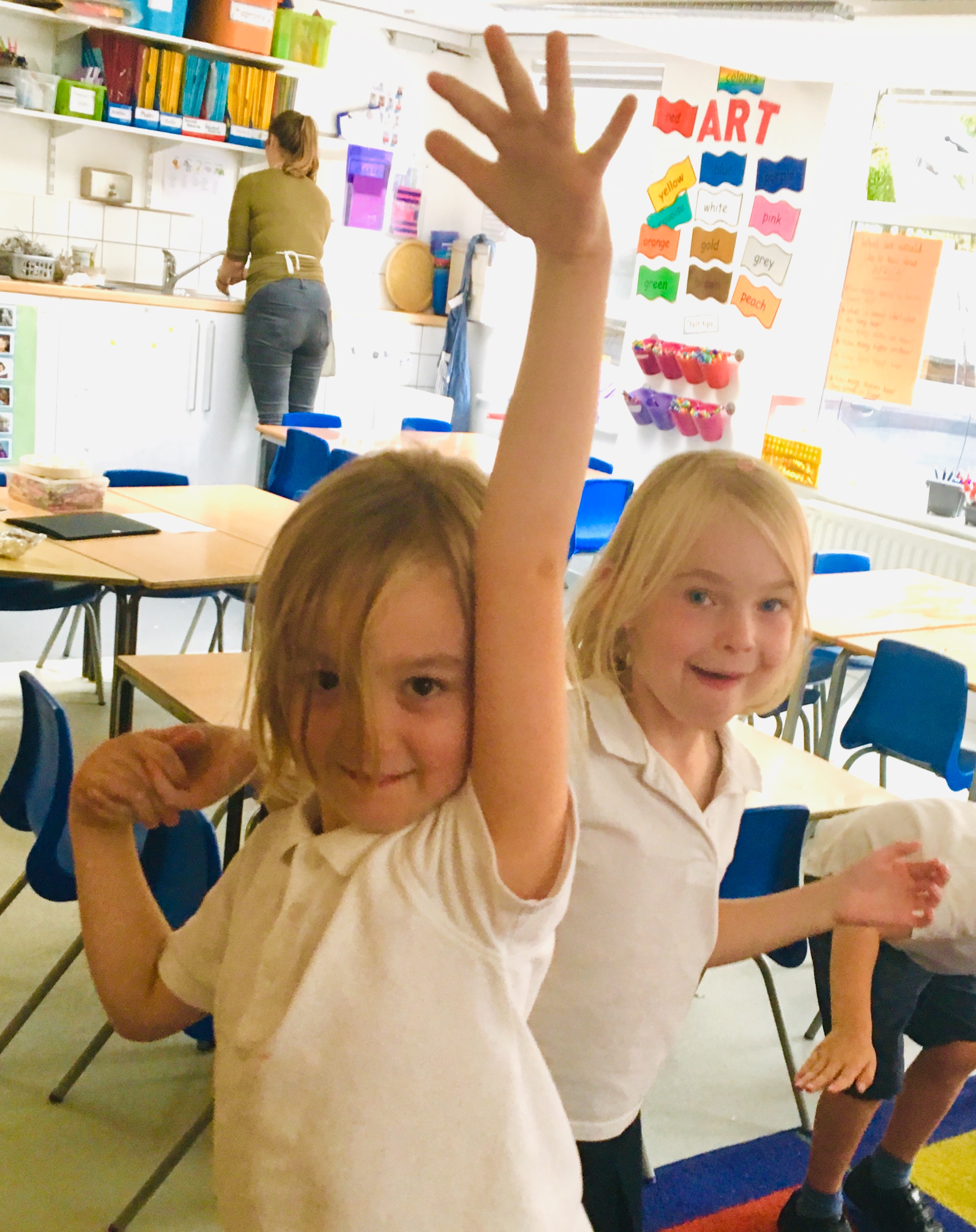 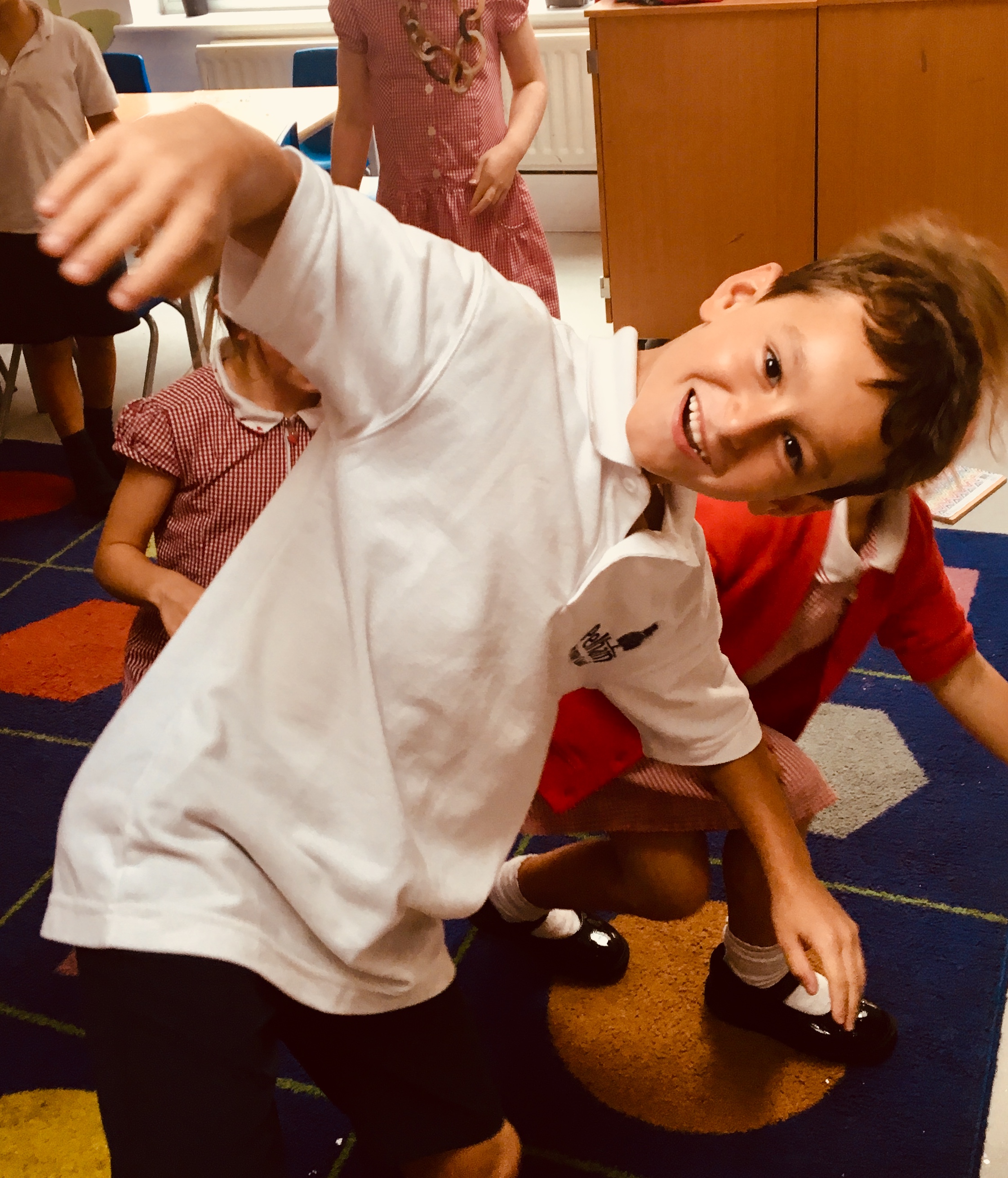 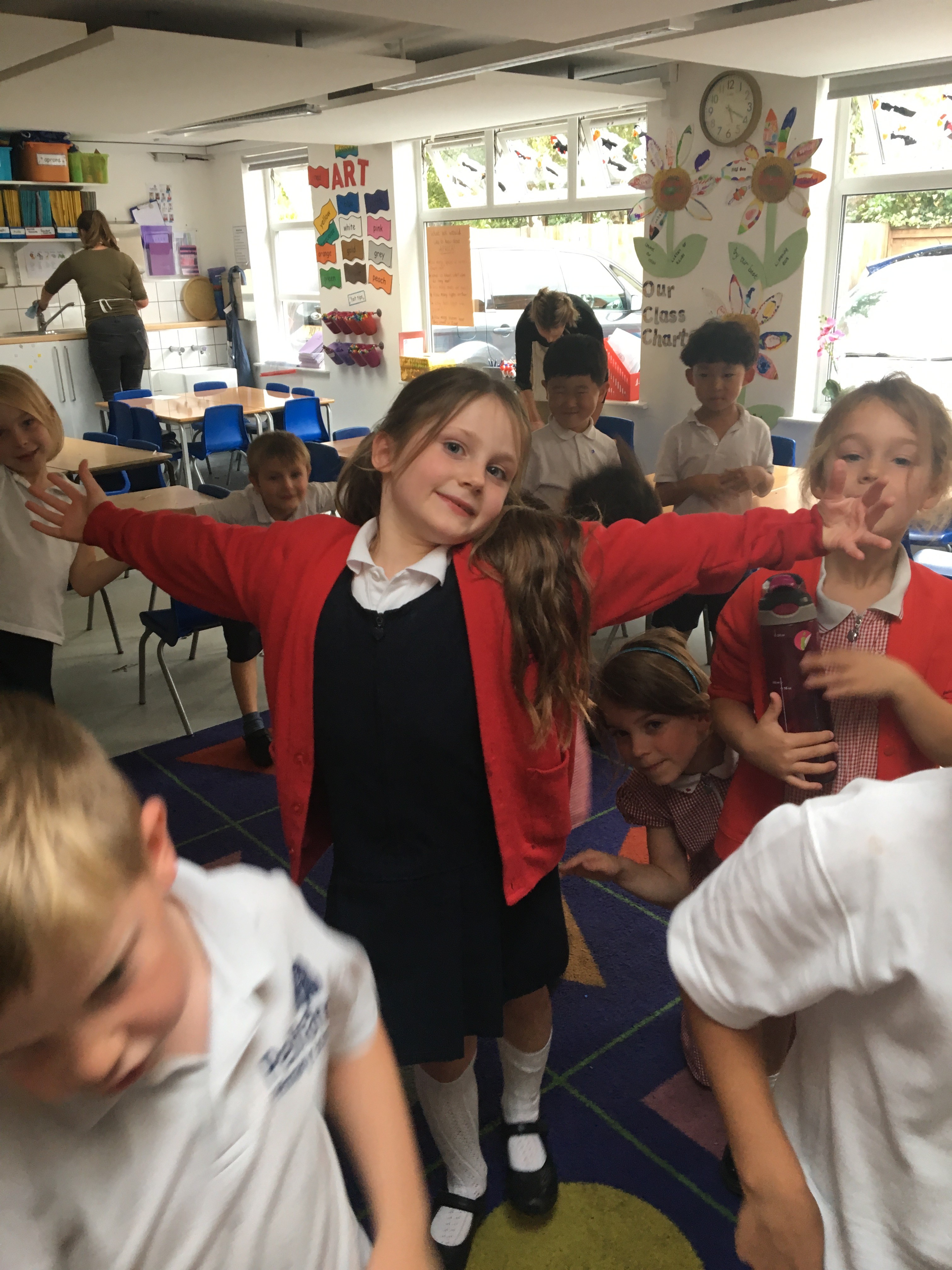 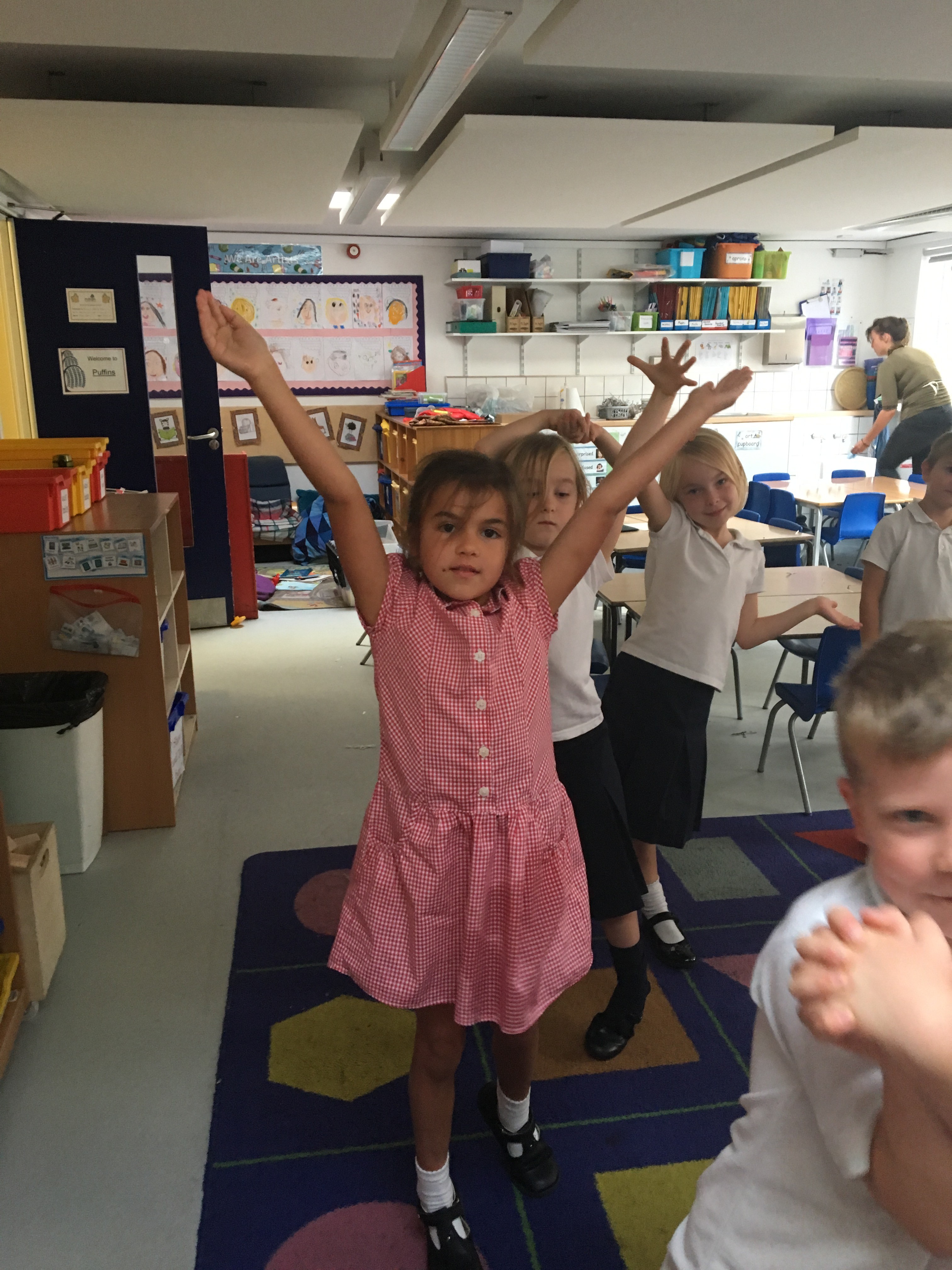 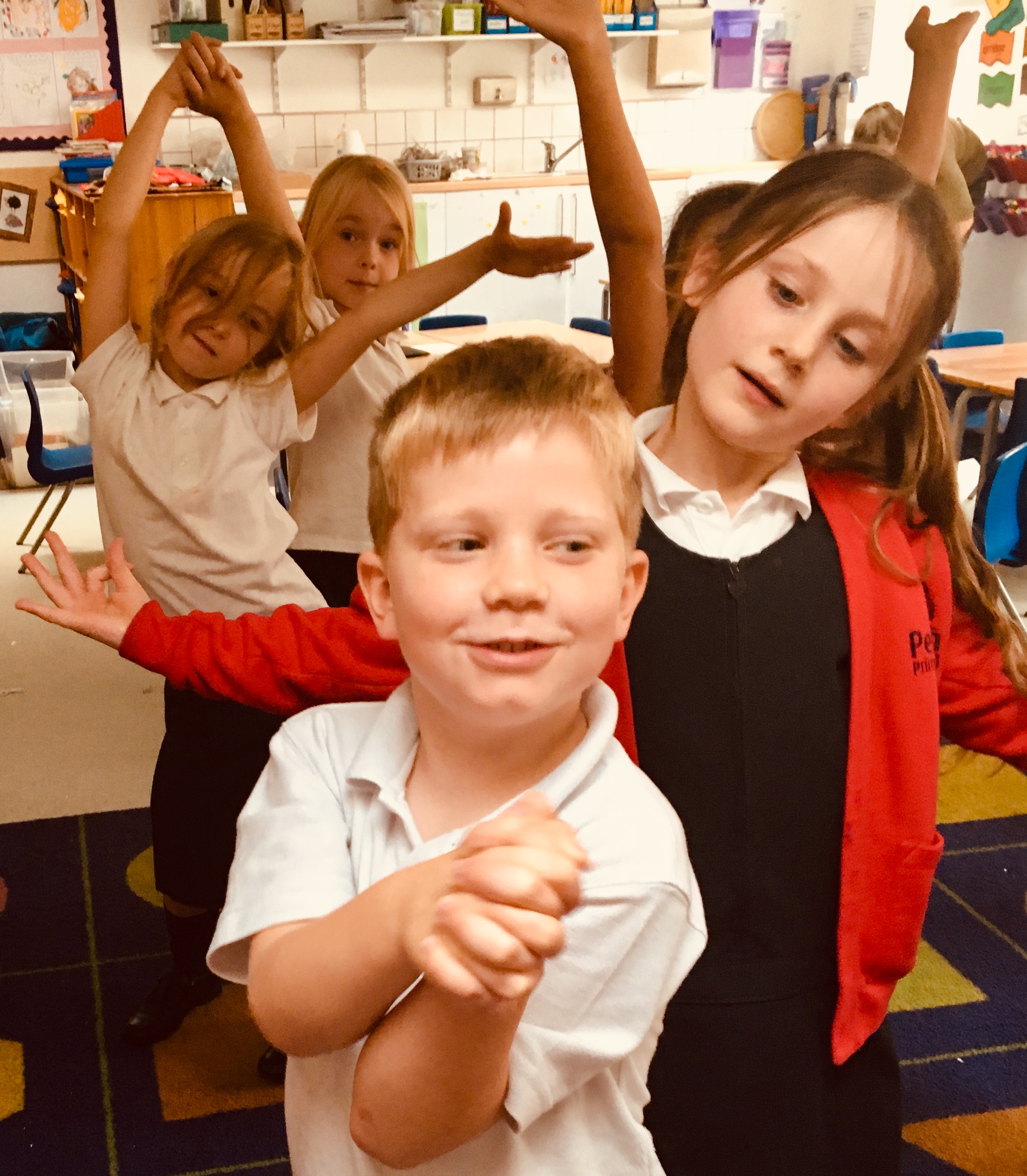 The next stage added sheets of tissue paper, based on the pre-drawn designs.  Each child took their own direction, resulting in a beautiful aviary of colourful Firebirds.

After placing on the tissue paper, wing and tail feathers, bejewelled eyes and bright cardboard beaks were applied, bringing the models to life.  The legs and claws were made by the children using pipe cleaners, which were folded into a zigzag then twisted into claws.   Our creative assistants Minnie and Laura inserted the legs and secured them with glue. 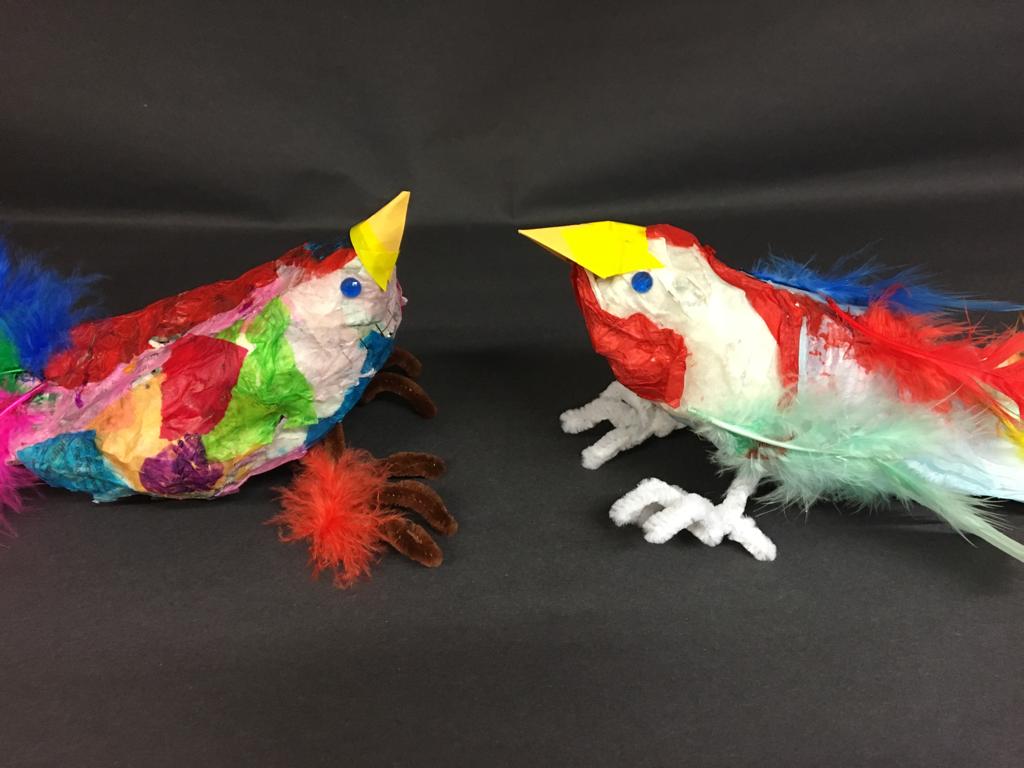 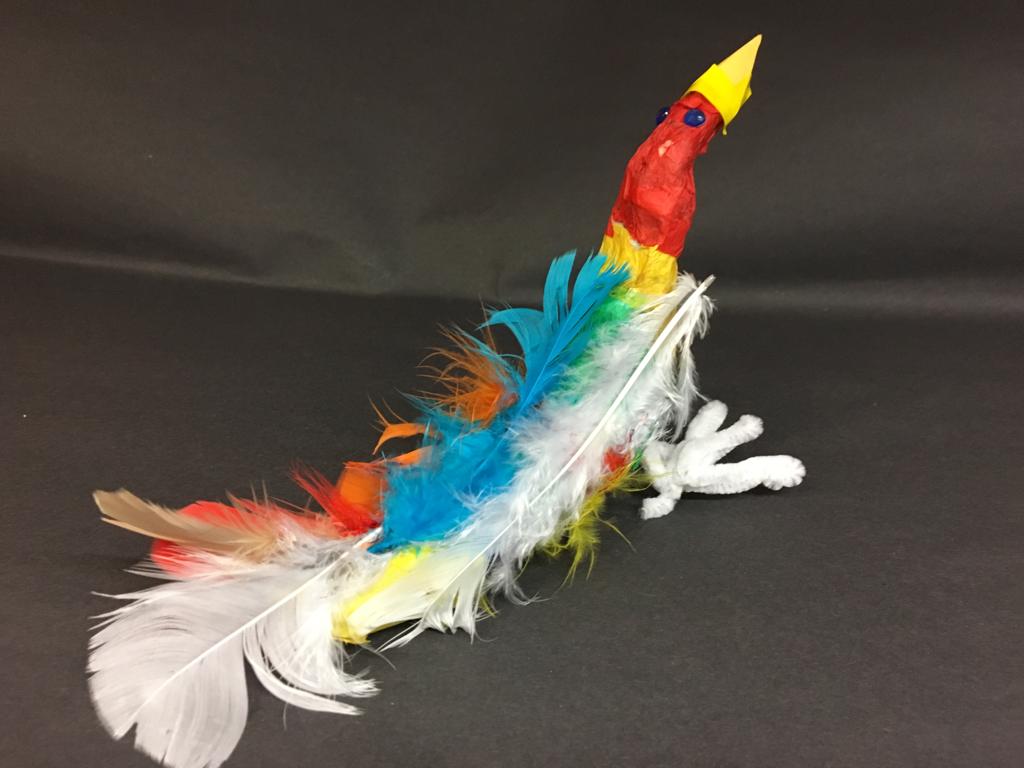 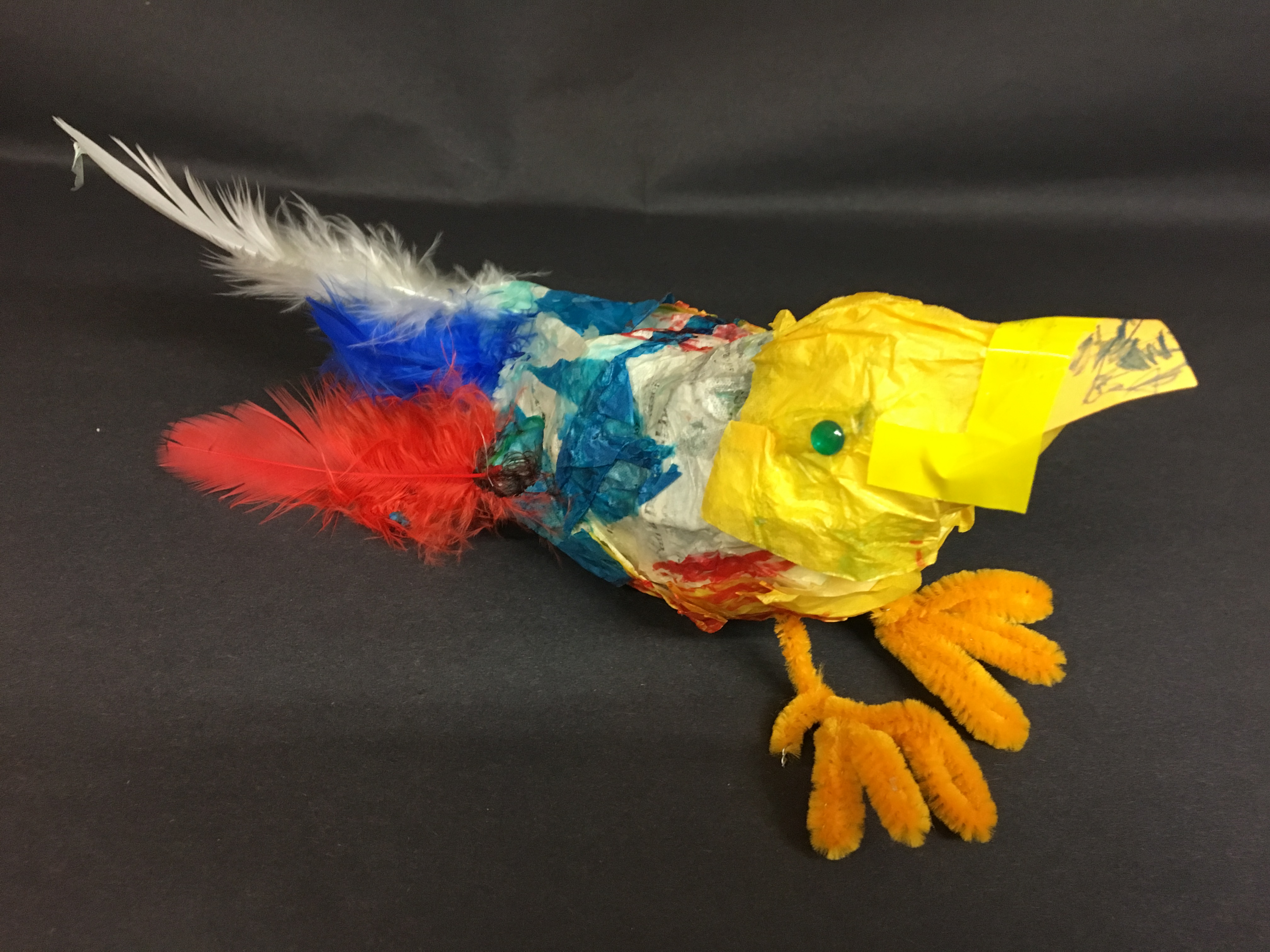 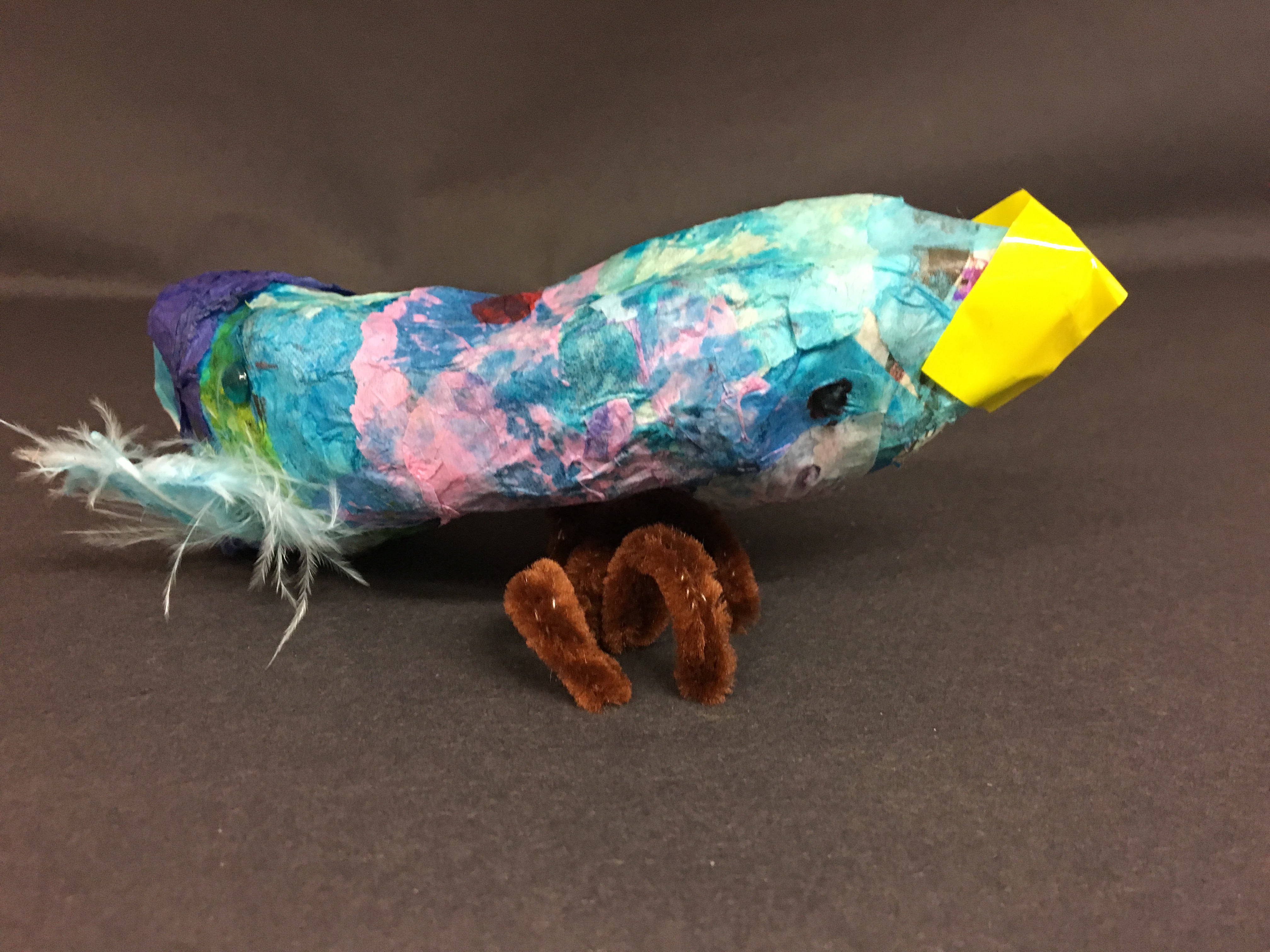 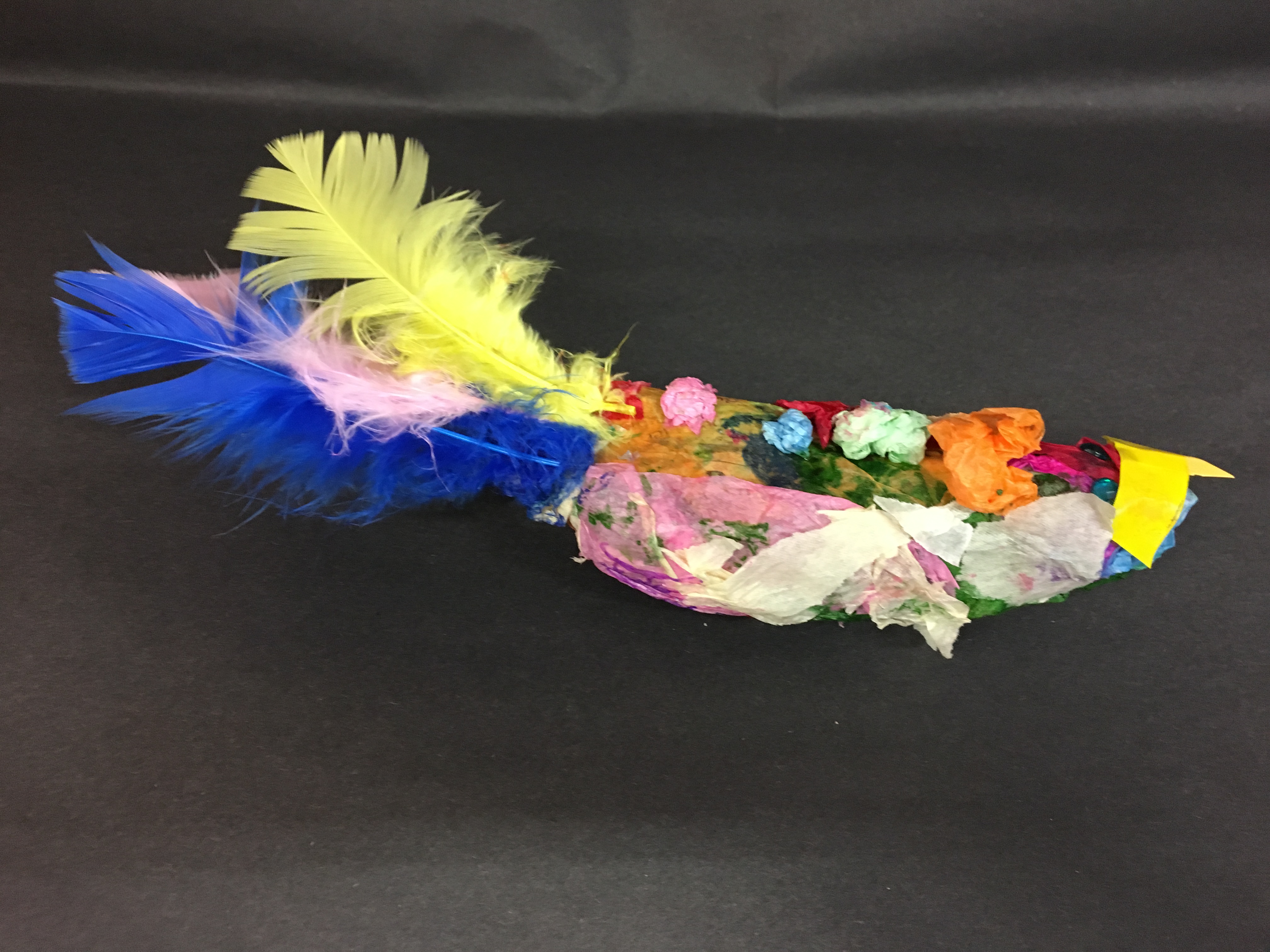 To keep our precious birds safe on their onward migrations, we decorated a paper bag to carry them in.  Make sure to keep your apples under lock and key back in your kingdom, but if they go missing, I think you’ll know where they went.