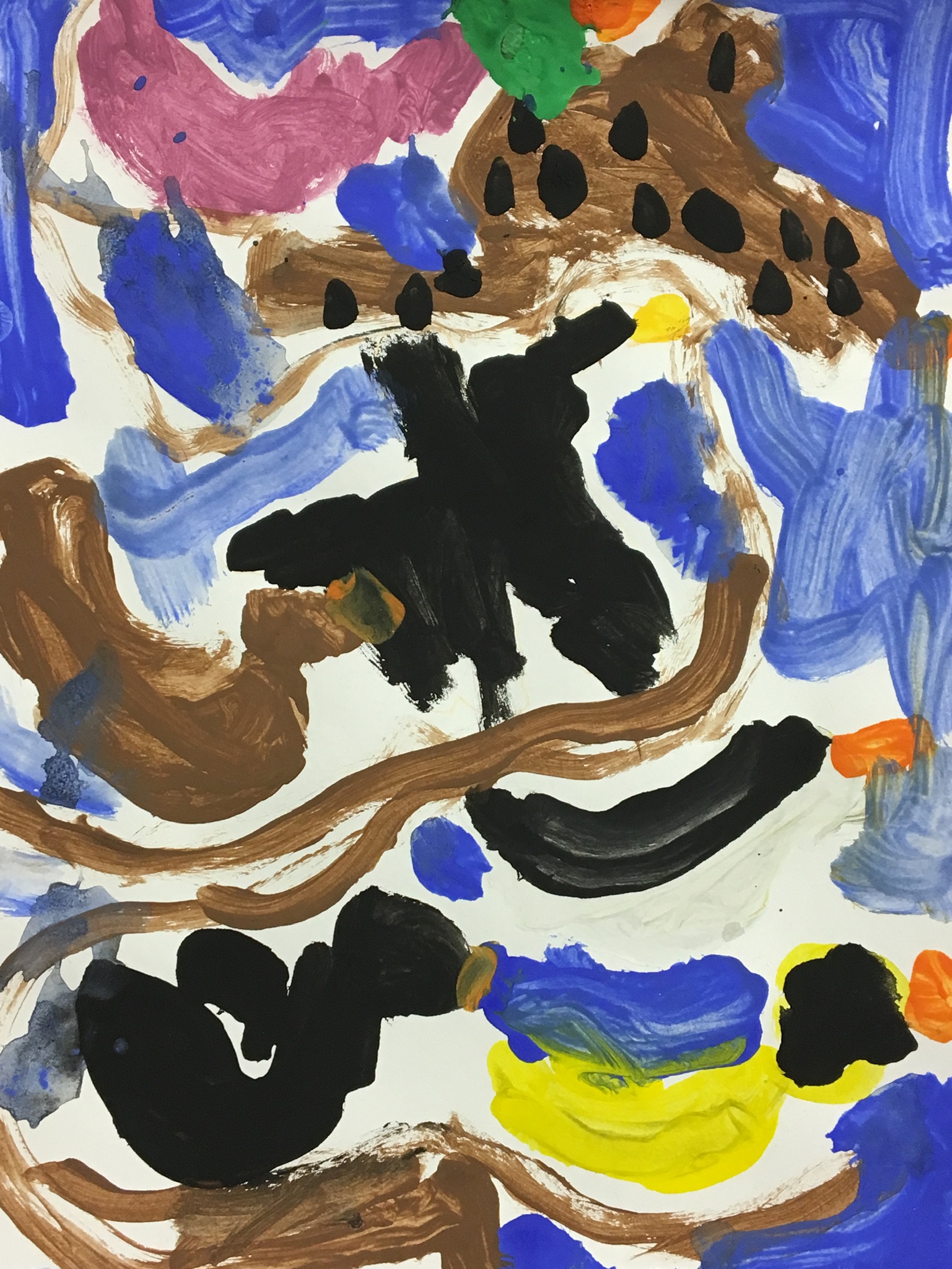 January’s annual RSPB scientific survey, The Big Garden Birdwatch, was the inspiration for our project studying avian wildlife.  To warm the children’s minds up for chilly nature, we played guessing games to name different varieties of birds; heard the poem “Blackbird” by Nicola Davies and the Beatles song by the same name.  We listened to and tried to recognise different birdsong whilst we drew pictures of our favourite feathery friends, referring to RSPB bird guides. 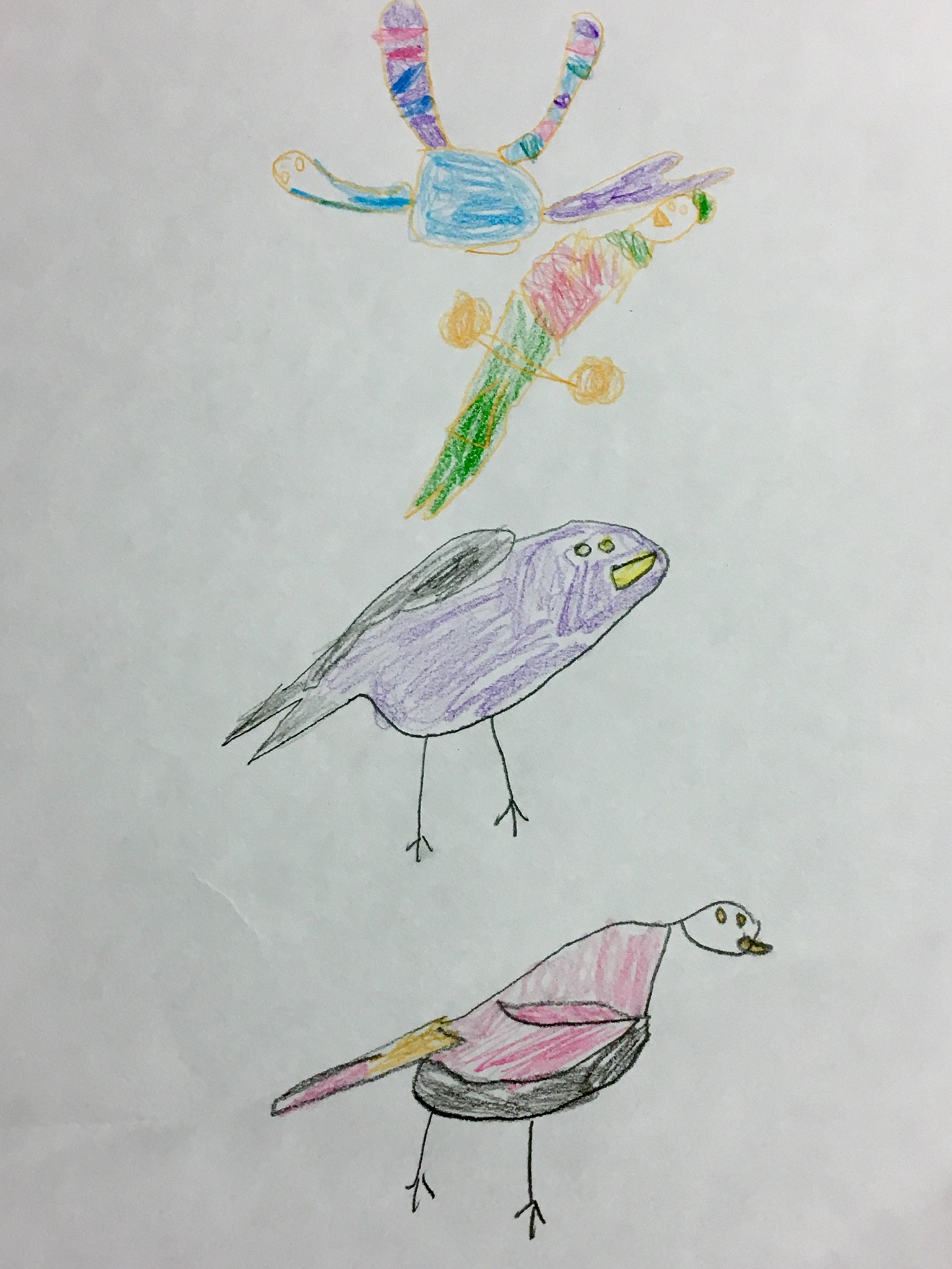 We took care to study the semi-circle shape of the body, the position of the legs and the key features, the beak, wing, tail and claws. 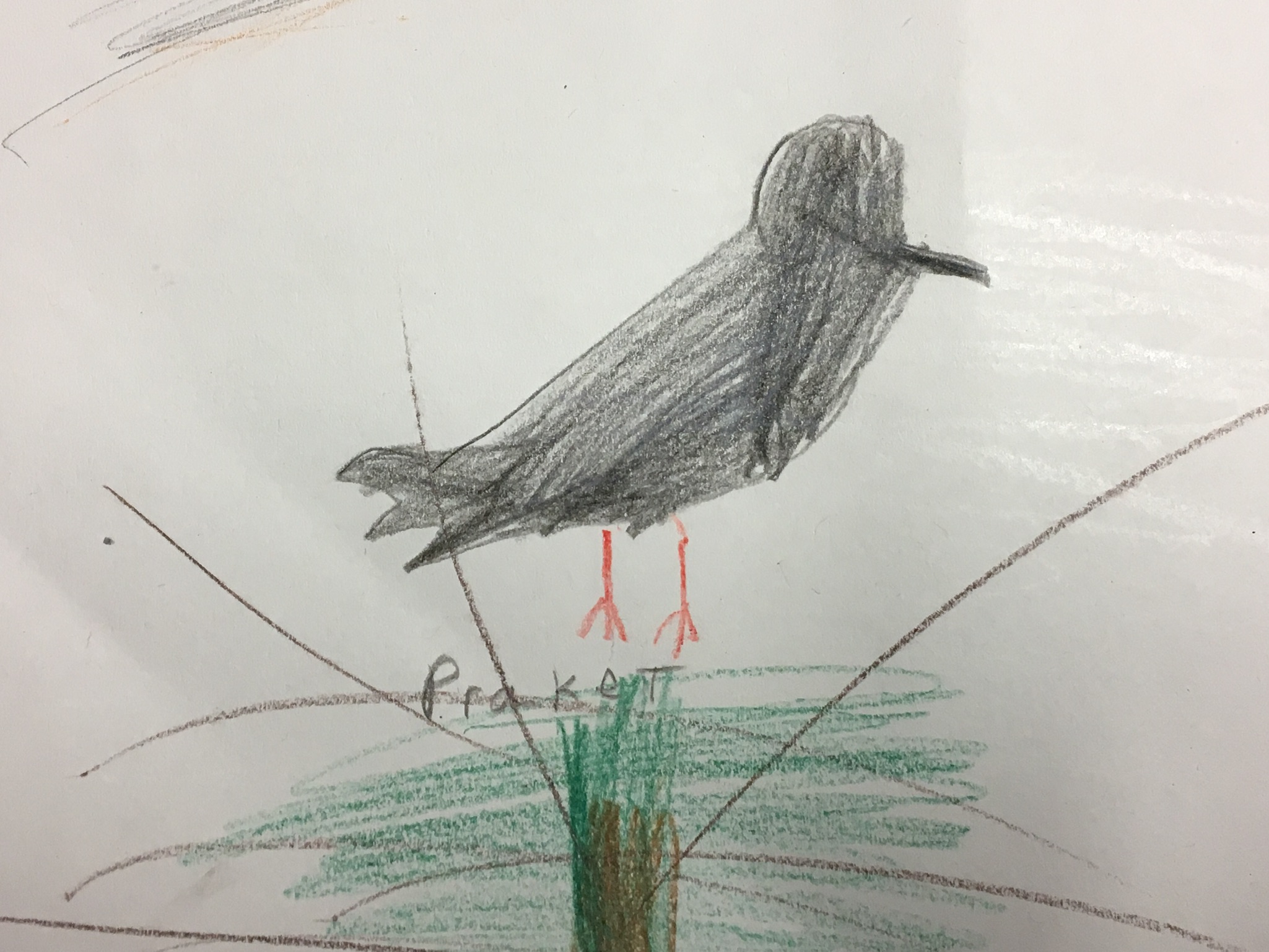 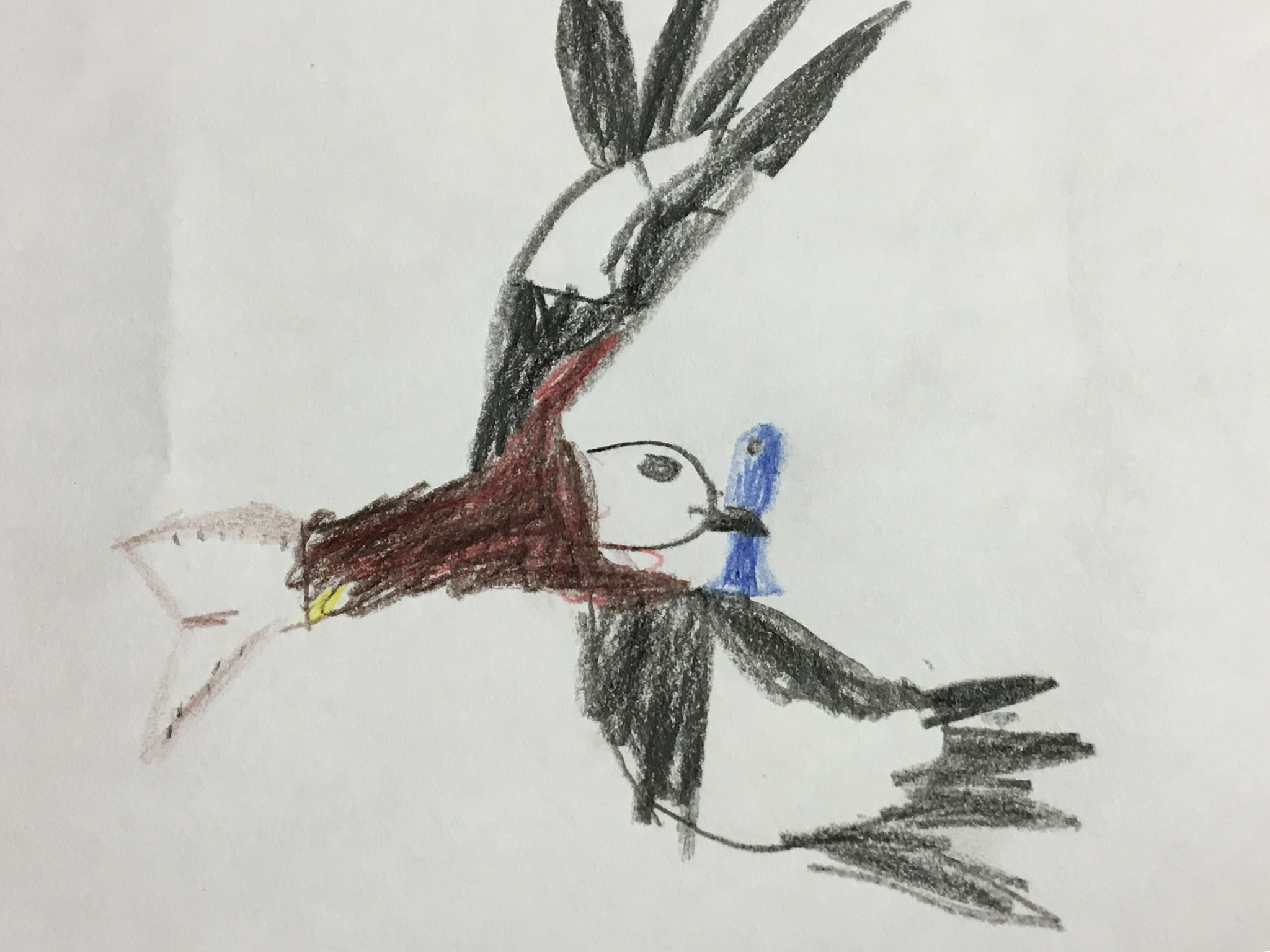 This bird of prey has caught something tasty for lunch.  Look at his beautiful markings.  I can tell from his maroon abdomen and black and white wings with feathered fingers that he’s a kite. 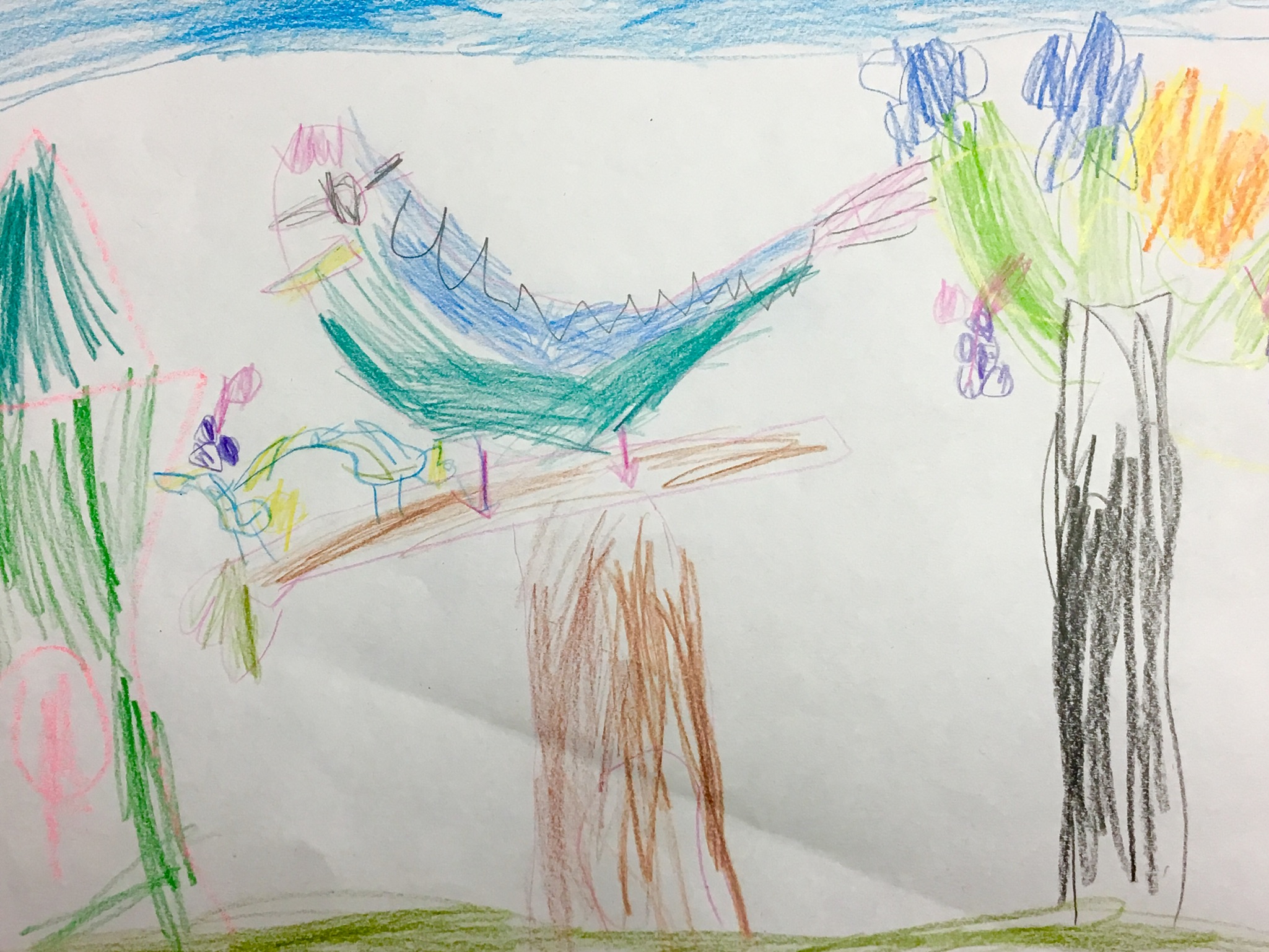 This fellow looks very comfortable on his sturdy perch, what a colourful blossom in the tree. 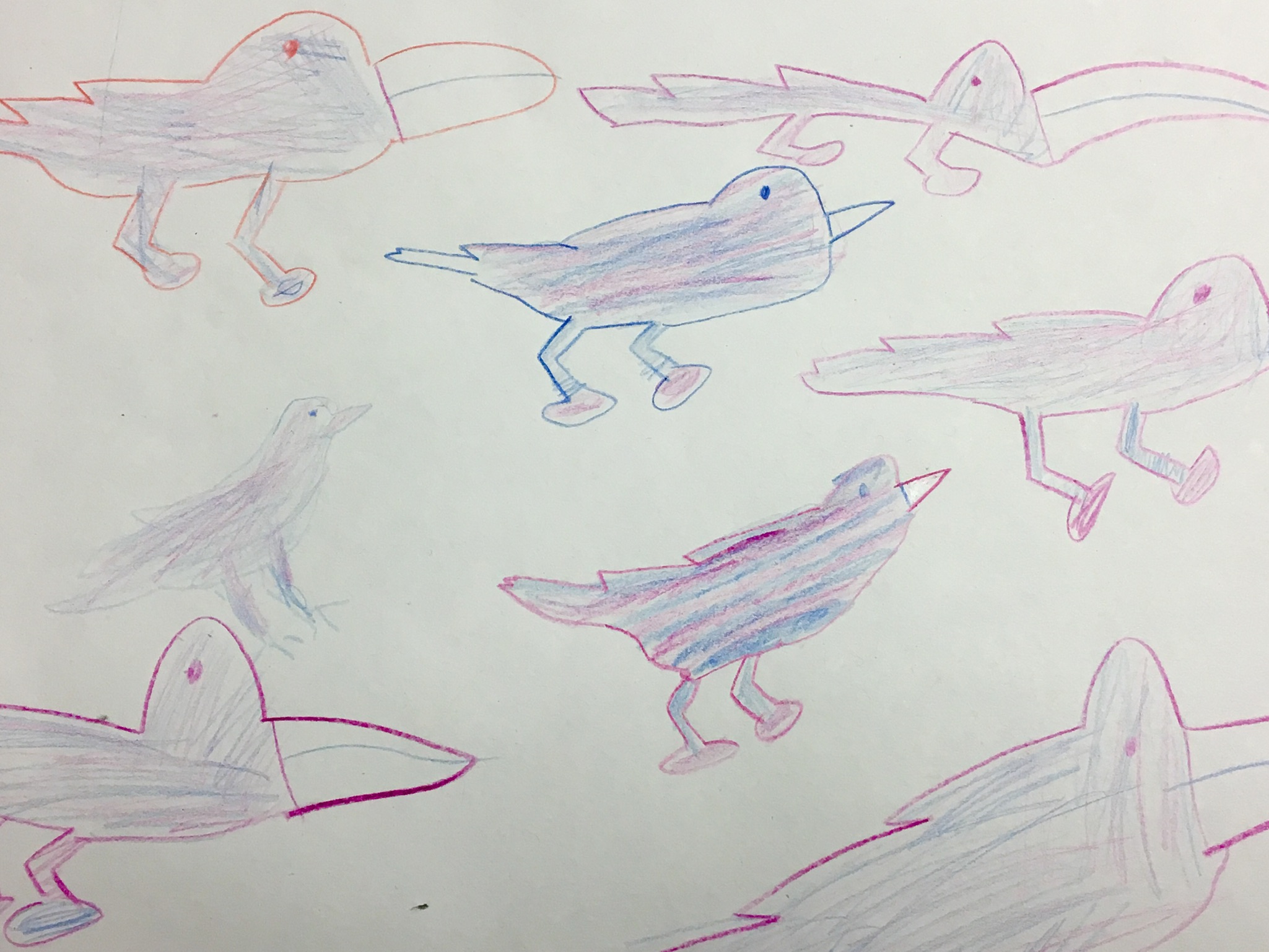 A whole flock of these striped bunting, perhaps they’re migrating to sunnier climates, on their way to a holiday in Spain?  We can clearly see the patterns on the belly and the strong beak for breaking seeds. 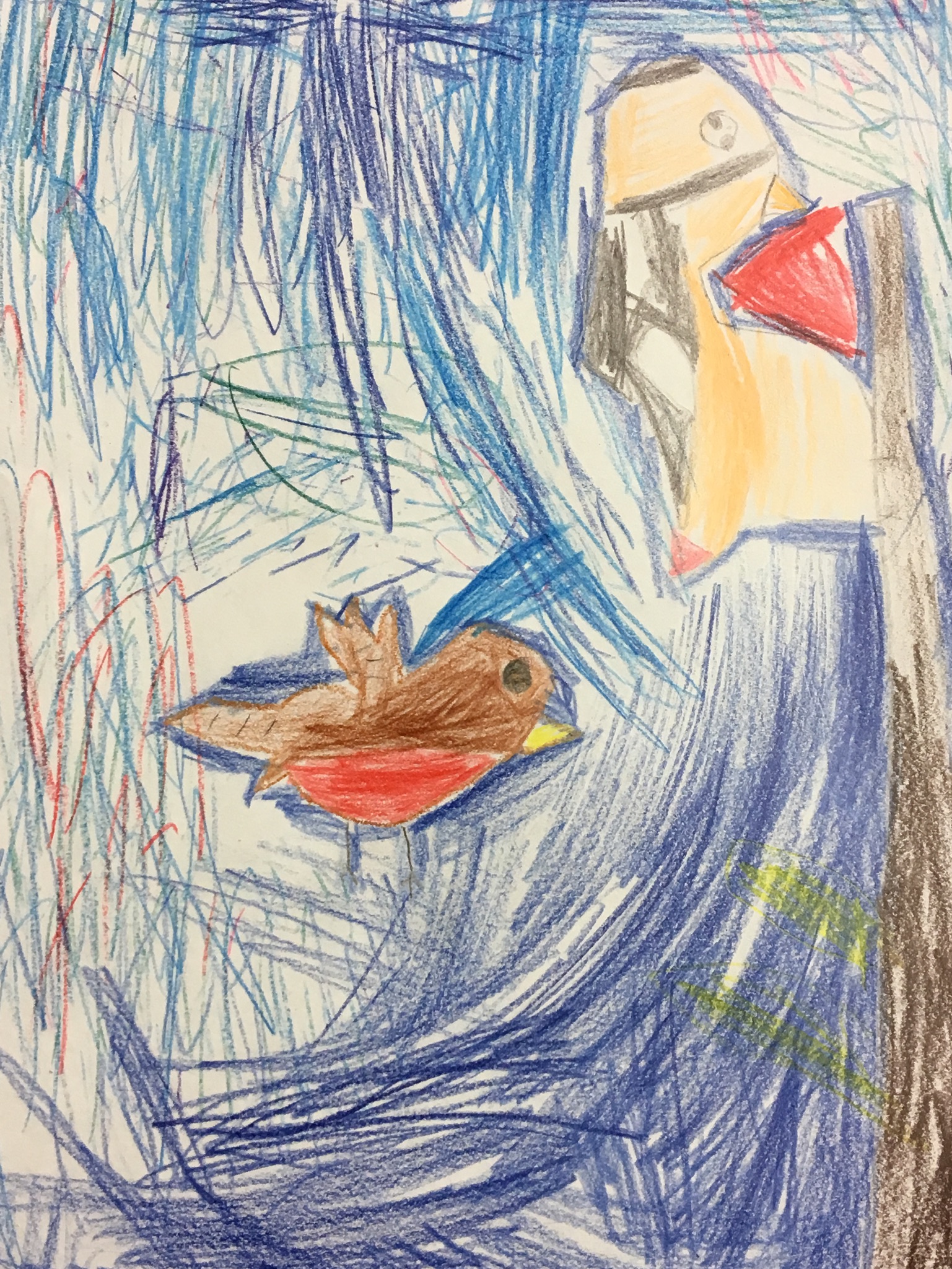 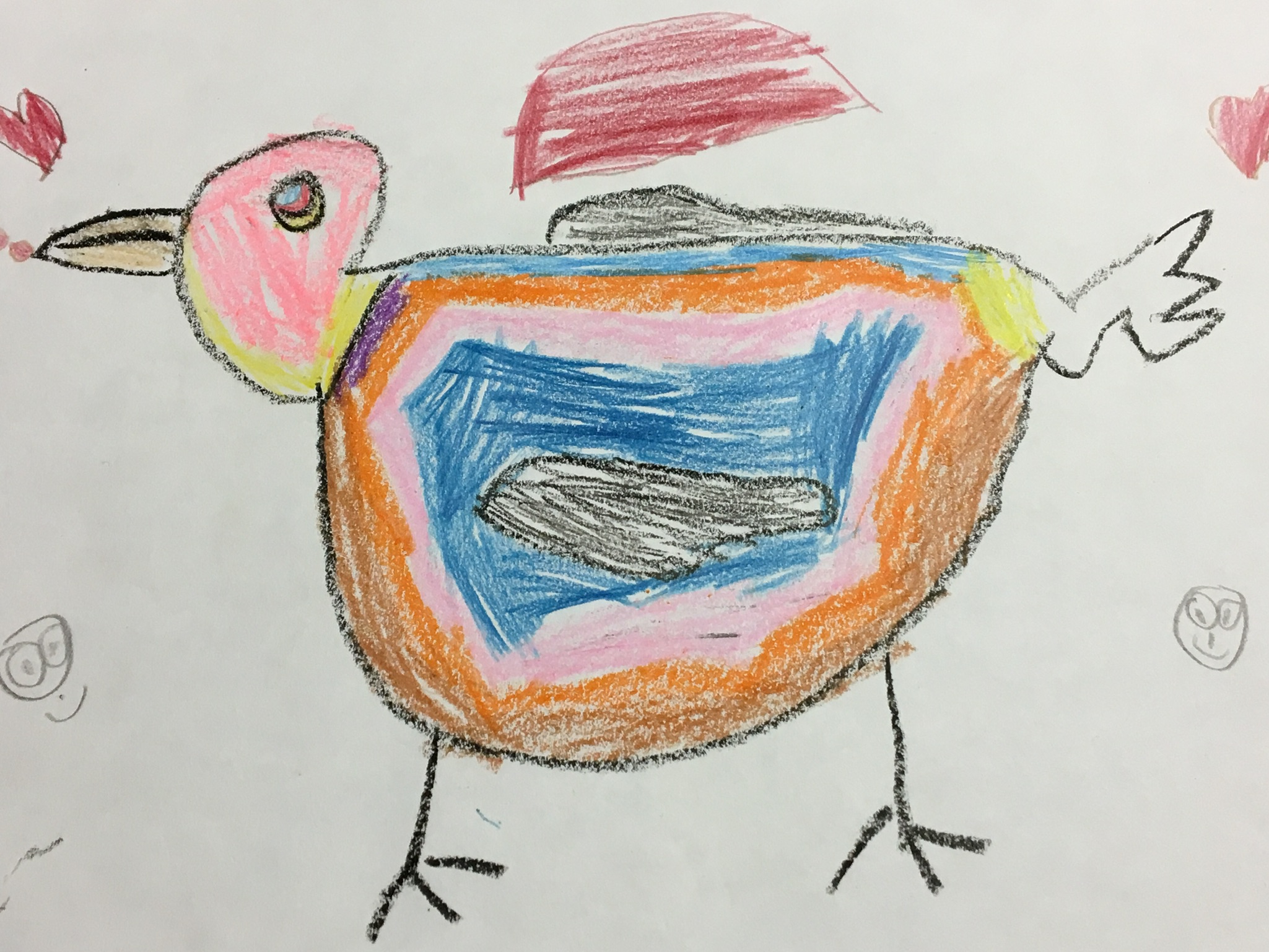 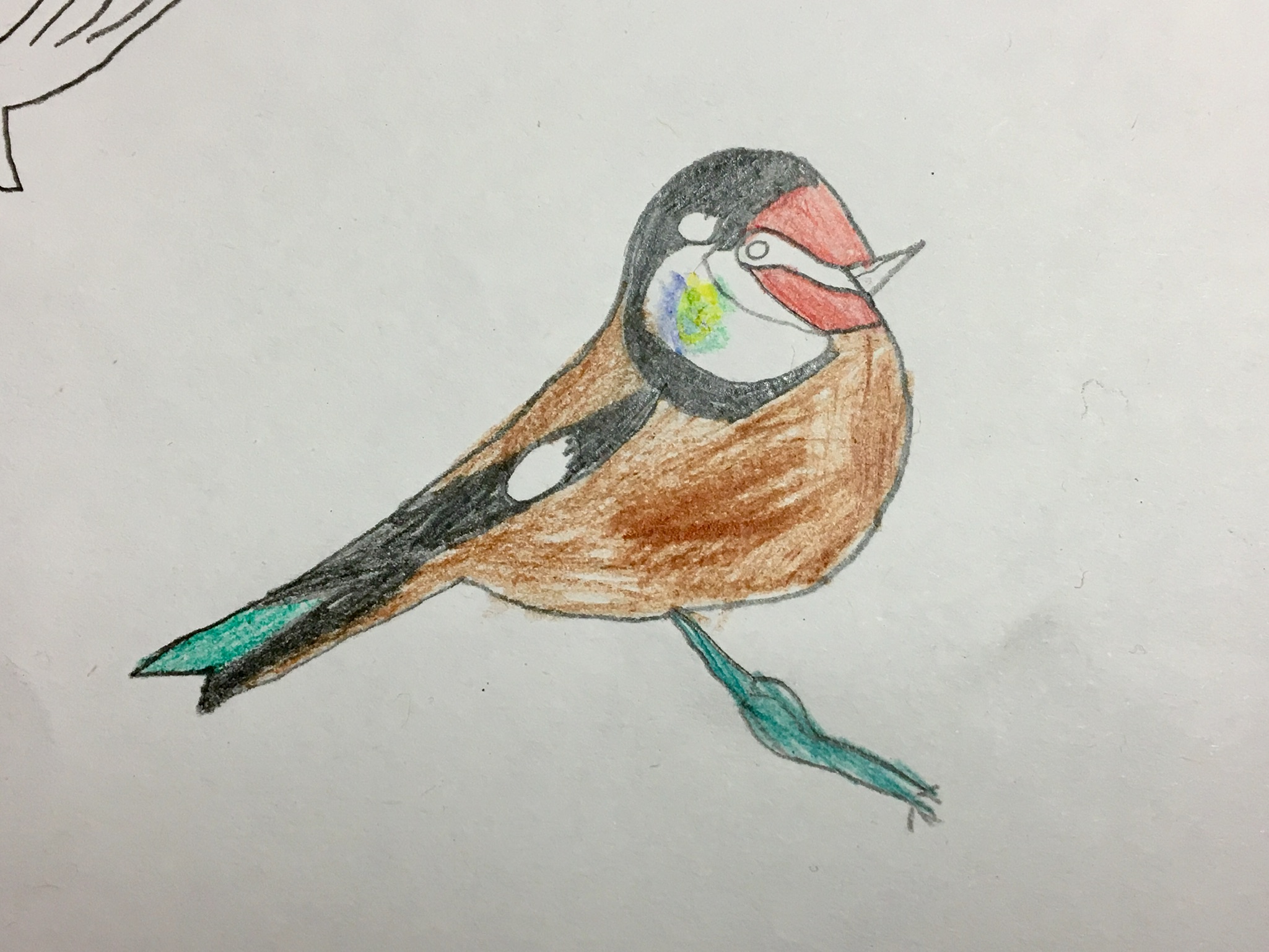 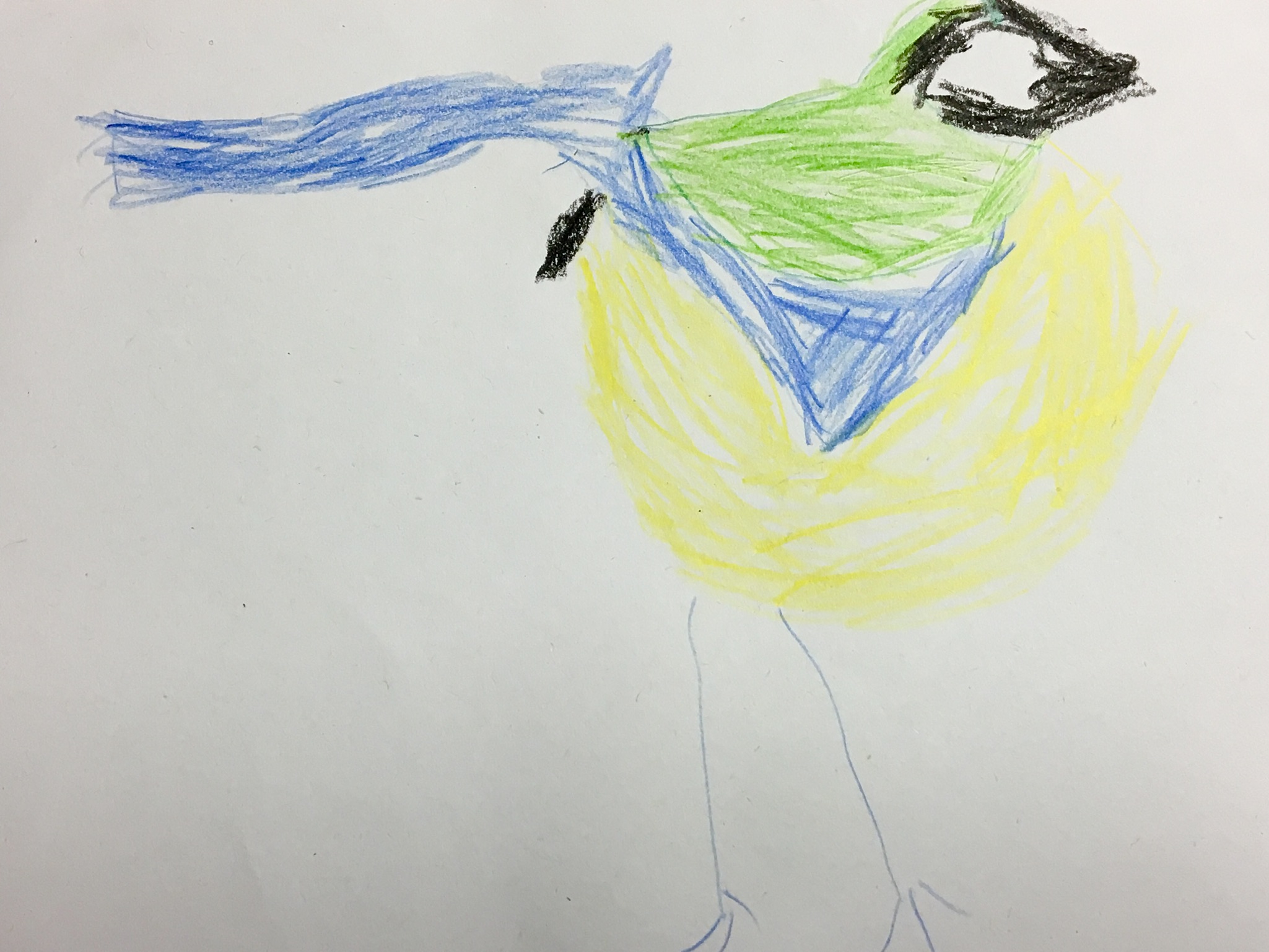 One of our national favourites and a very frequent visitor to my garden, can you tell which bird this is from the striking colours and round fluffy pompom body? 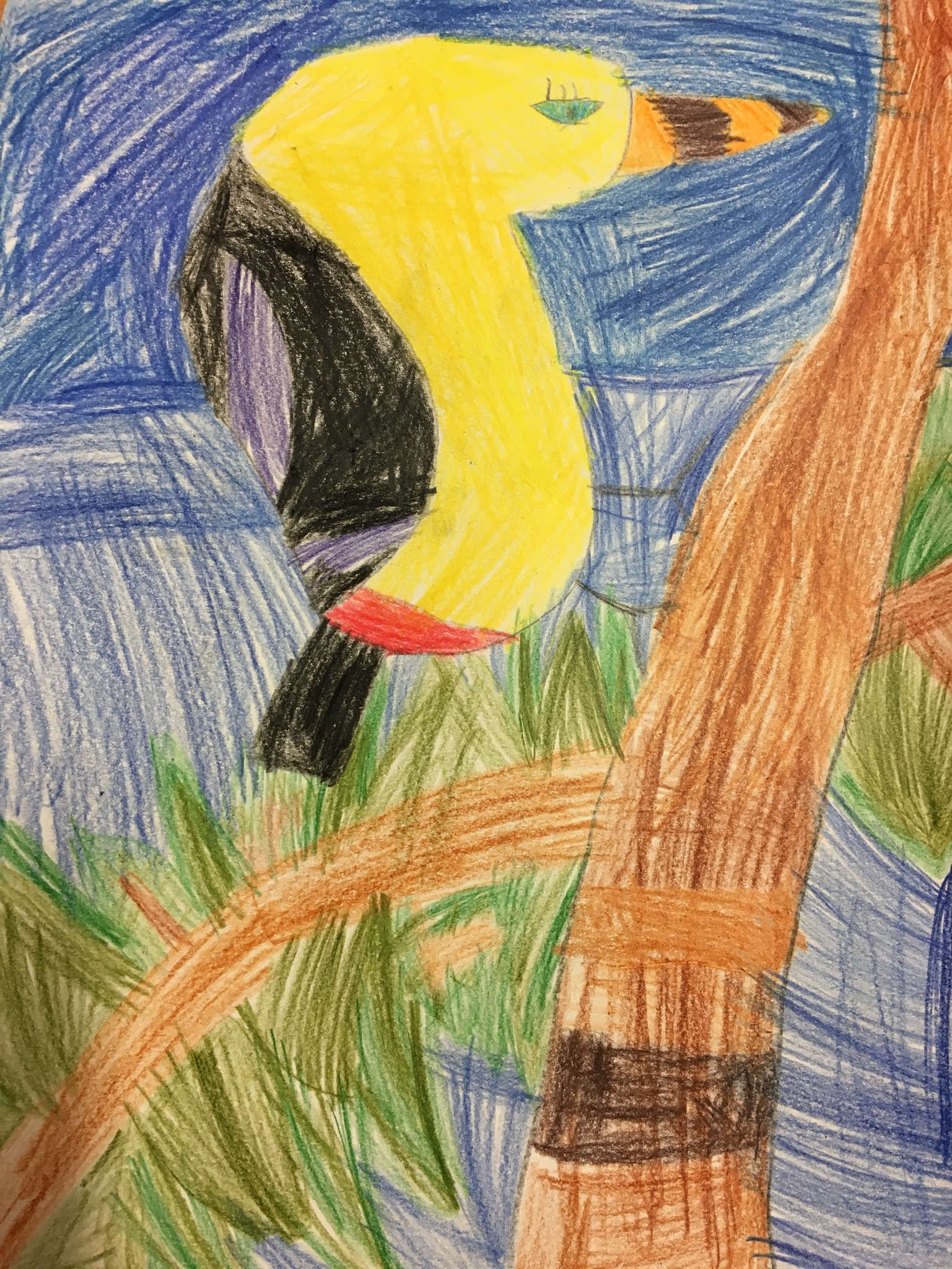 Once we were all familiar with a variety of different birds, we launched straight into painting on paper to create some beautiful pictures of a variety of British Birds, which was a real challenge for the children. 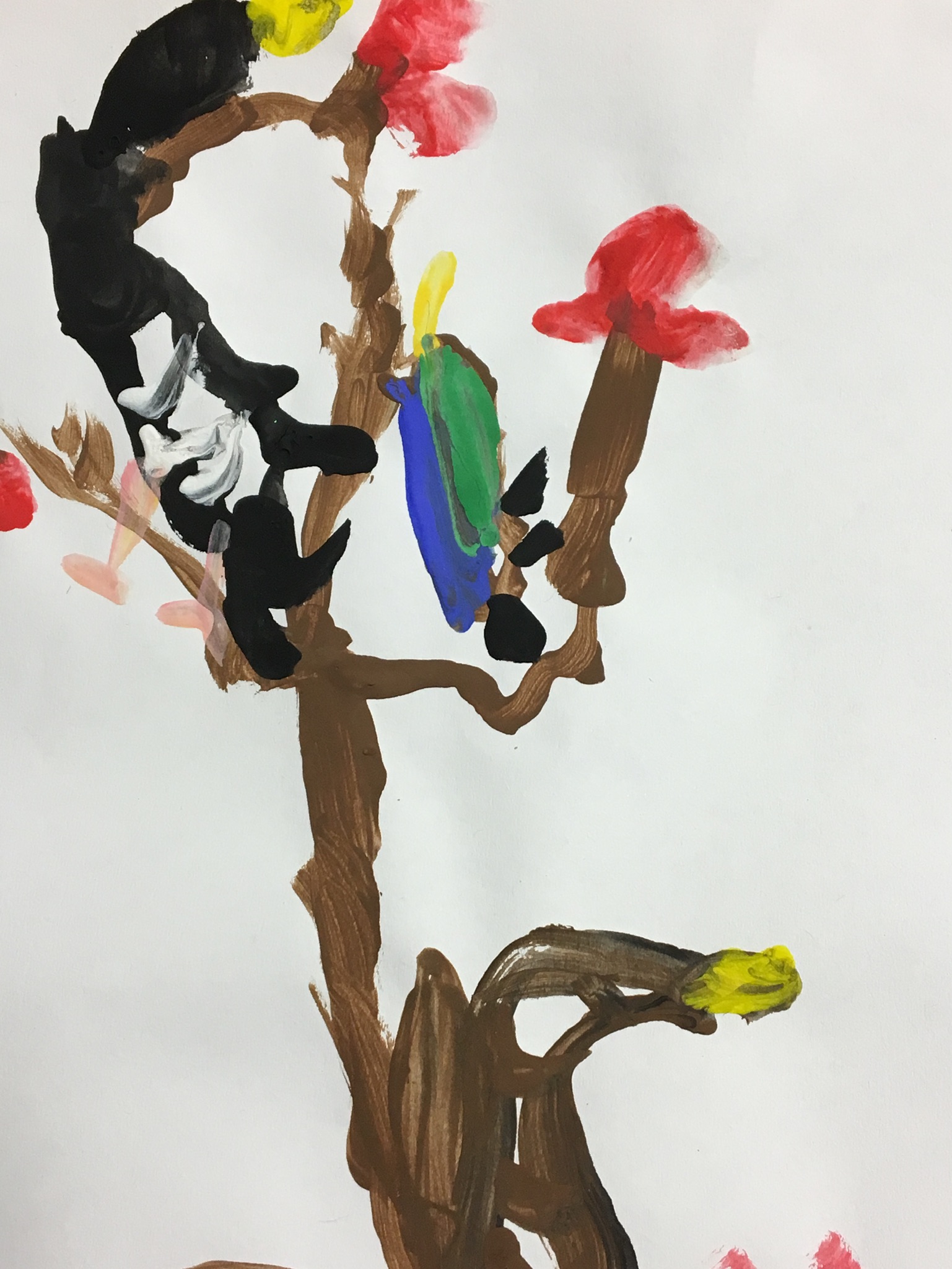 There are many benefits to putting paint onto paper without sketching an outline in pencil beforehand. Learning to draw using paint enhances skills for making unusual marks, use loose brushstrokes, find your own composition and create a rhythm/pace you feel comfortable with.  This technique is popular in Asia when painting on scrolls with ink, but later artists such as Picasso and Gustav Klimt also painted with either very few guidelines or none at all. 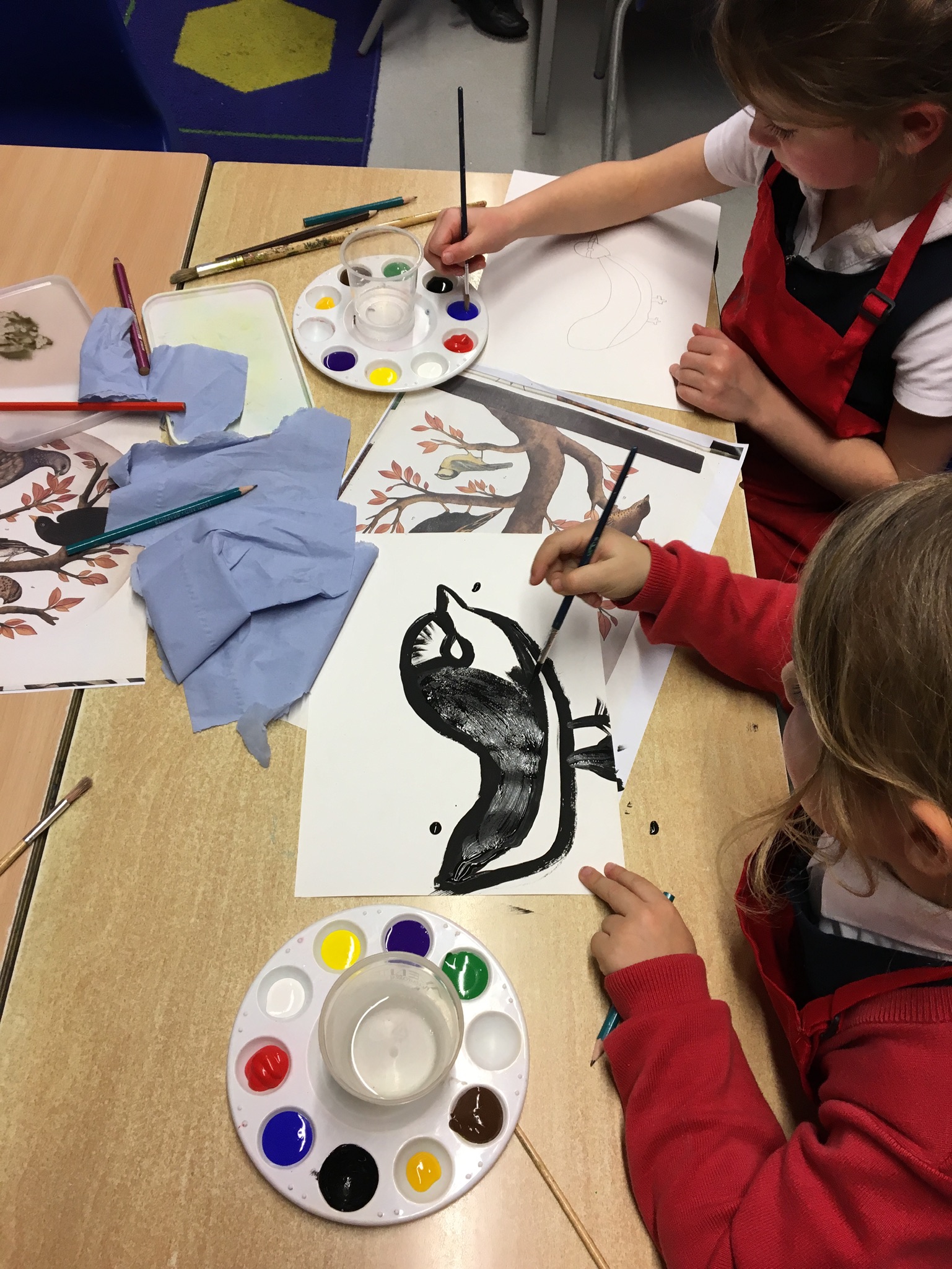 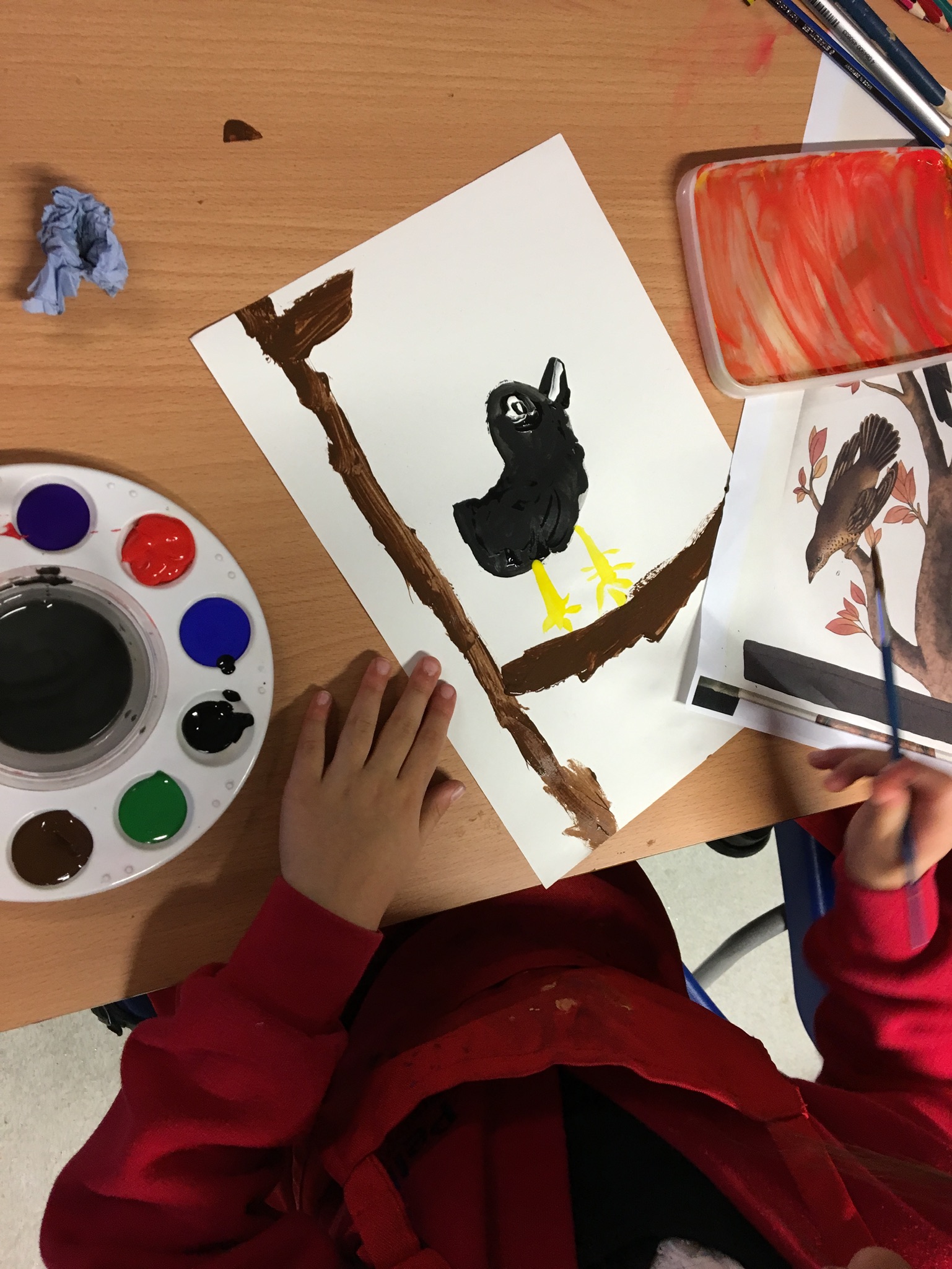 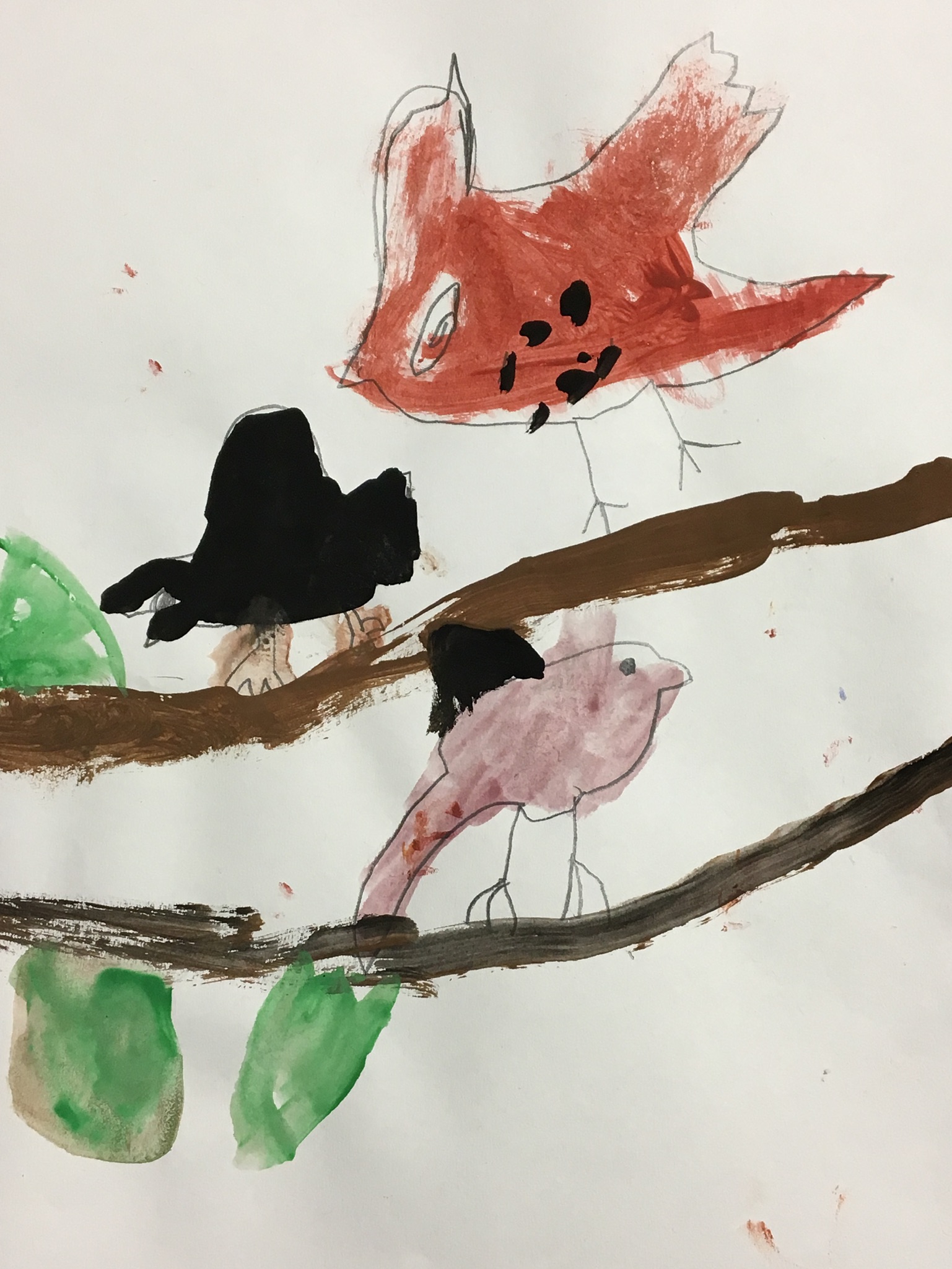 See how well the children did! 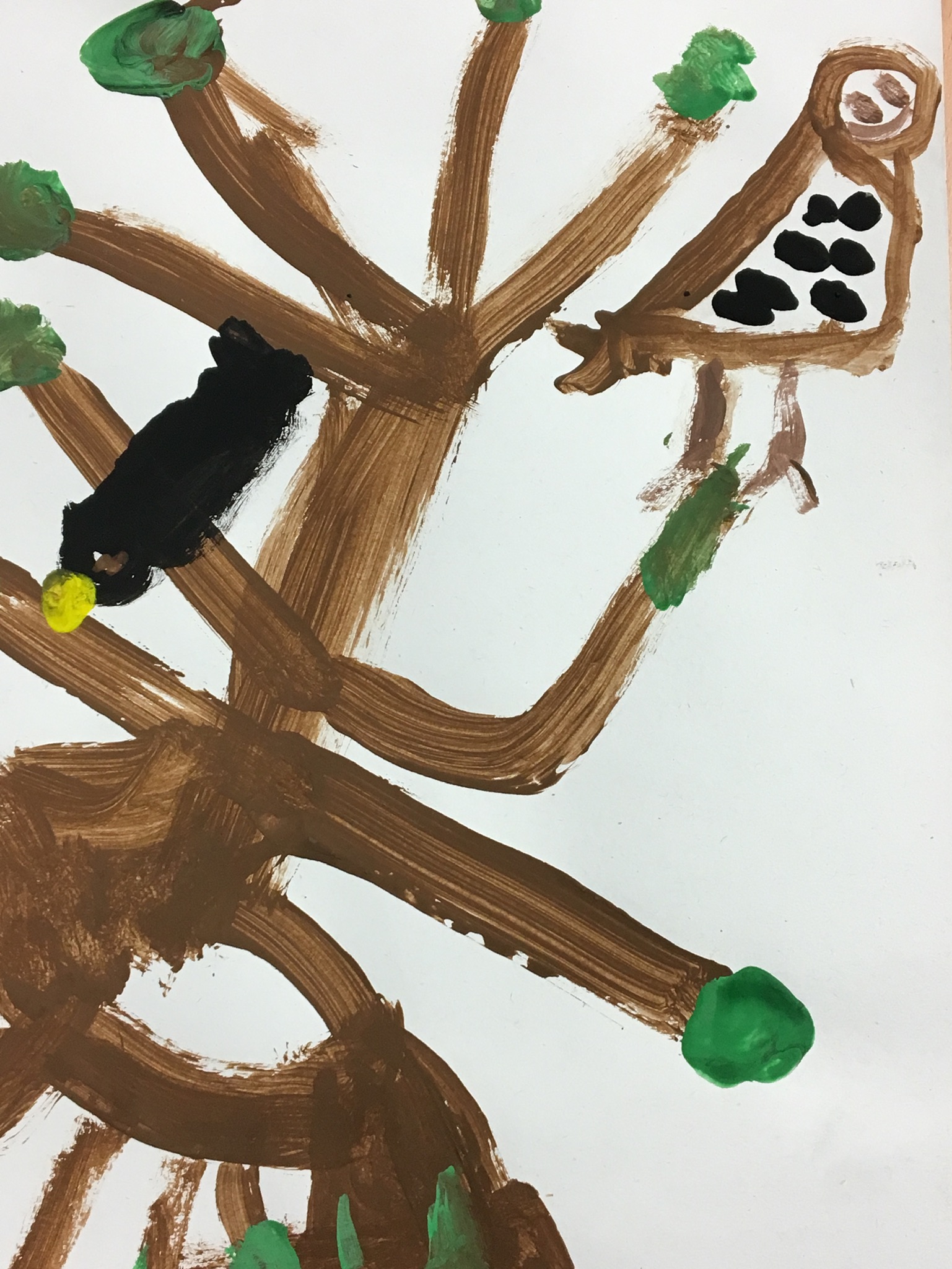 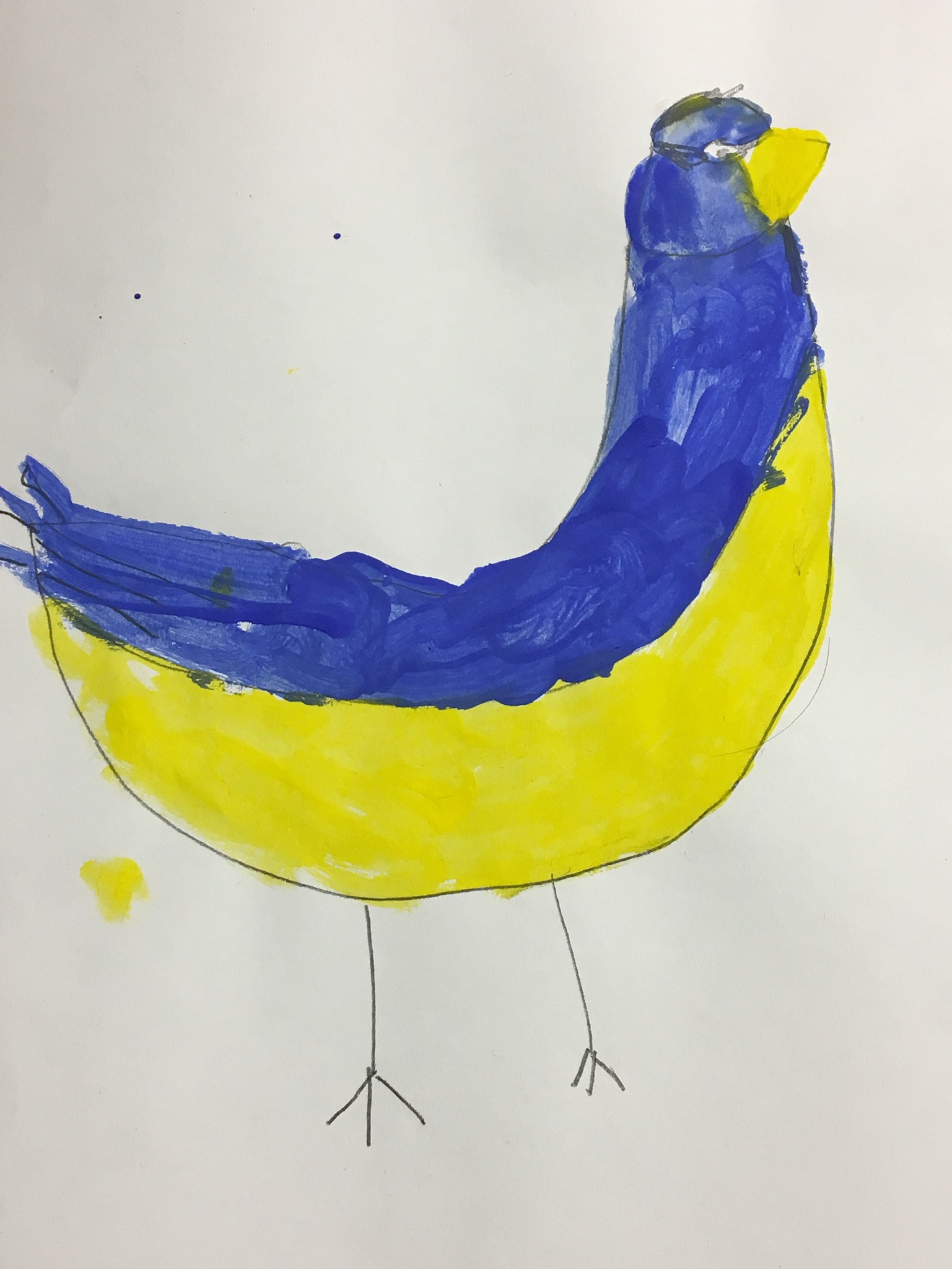 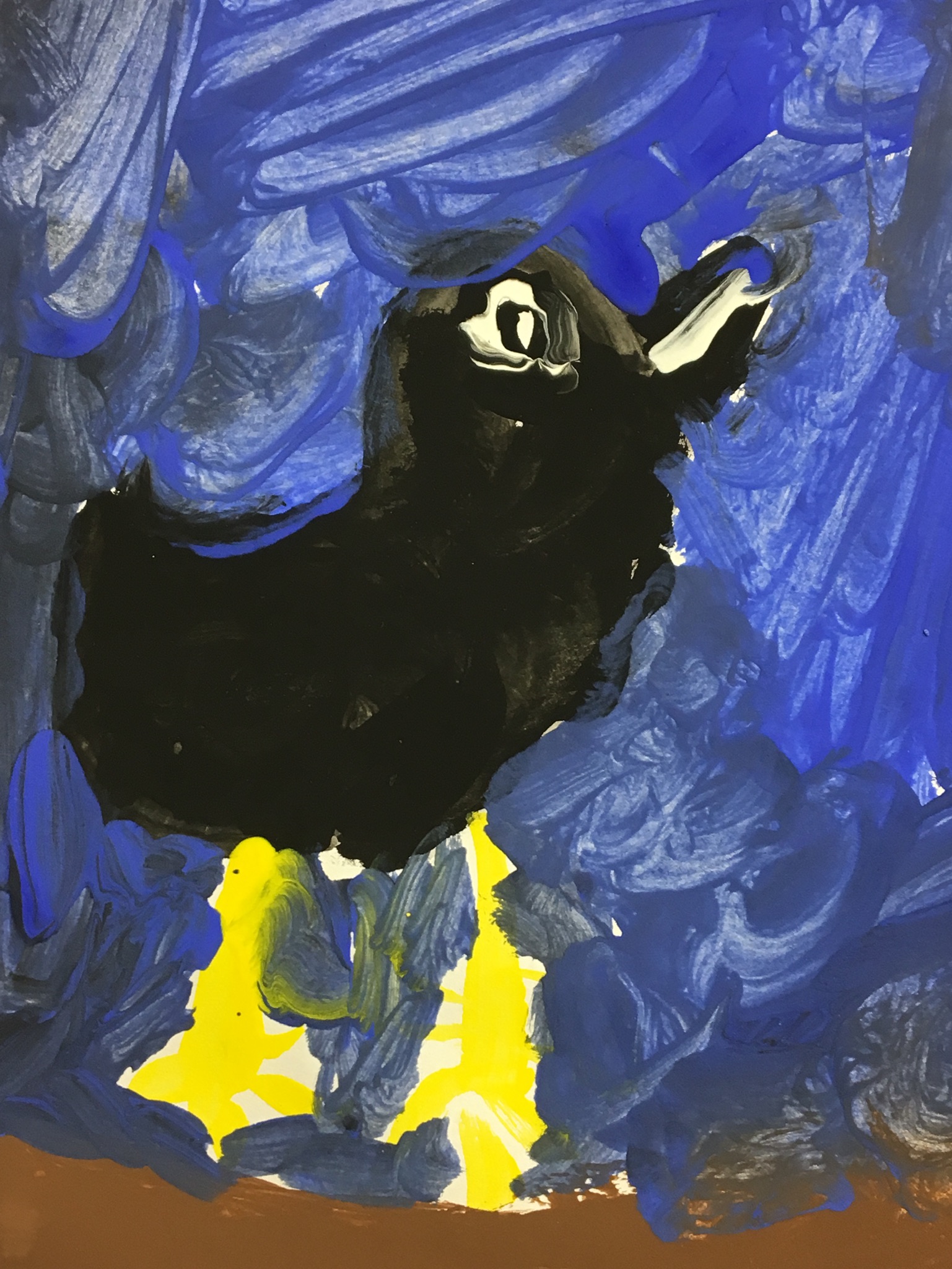 Can you spot the feathery flock in on this wintry branch? 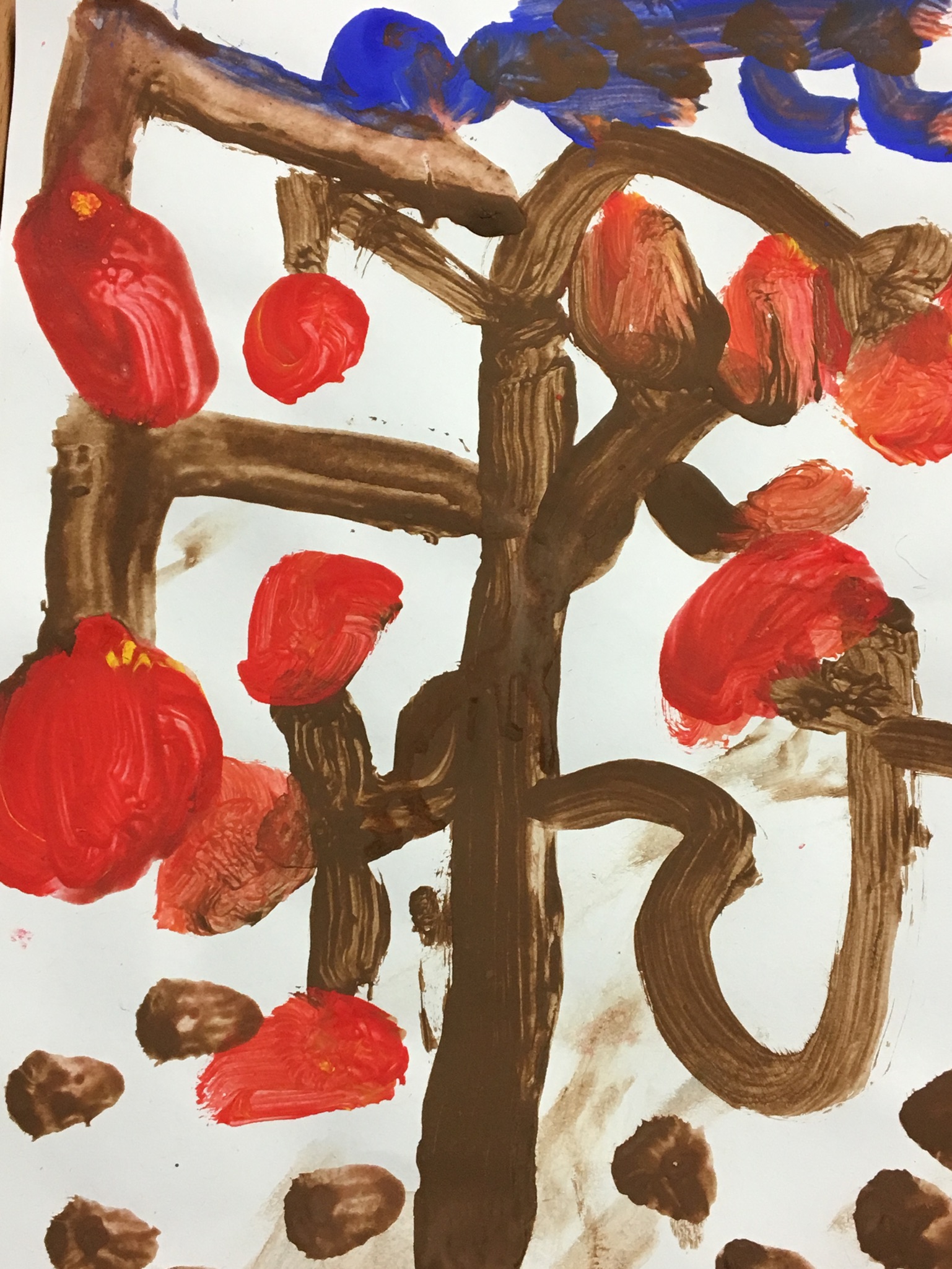 This tree has some great shapes and fills the entire page.  Where are the birds hiding?  There’s a blue one up on the top! 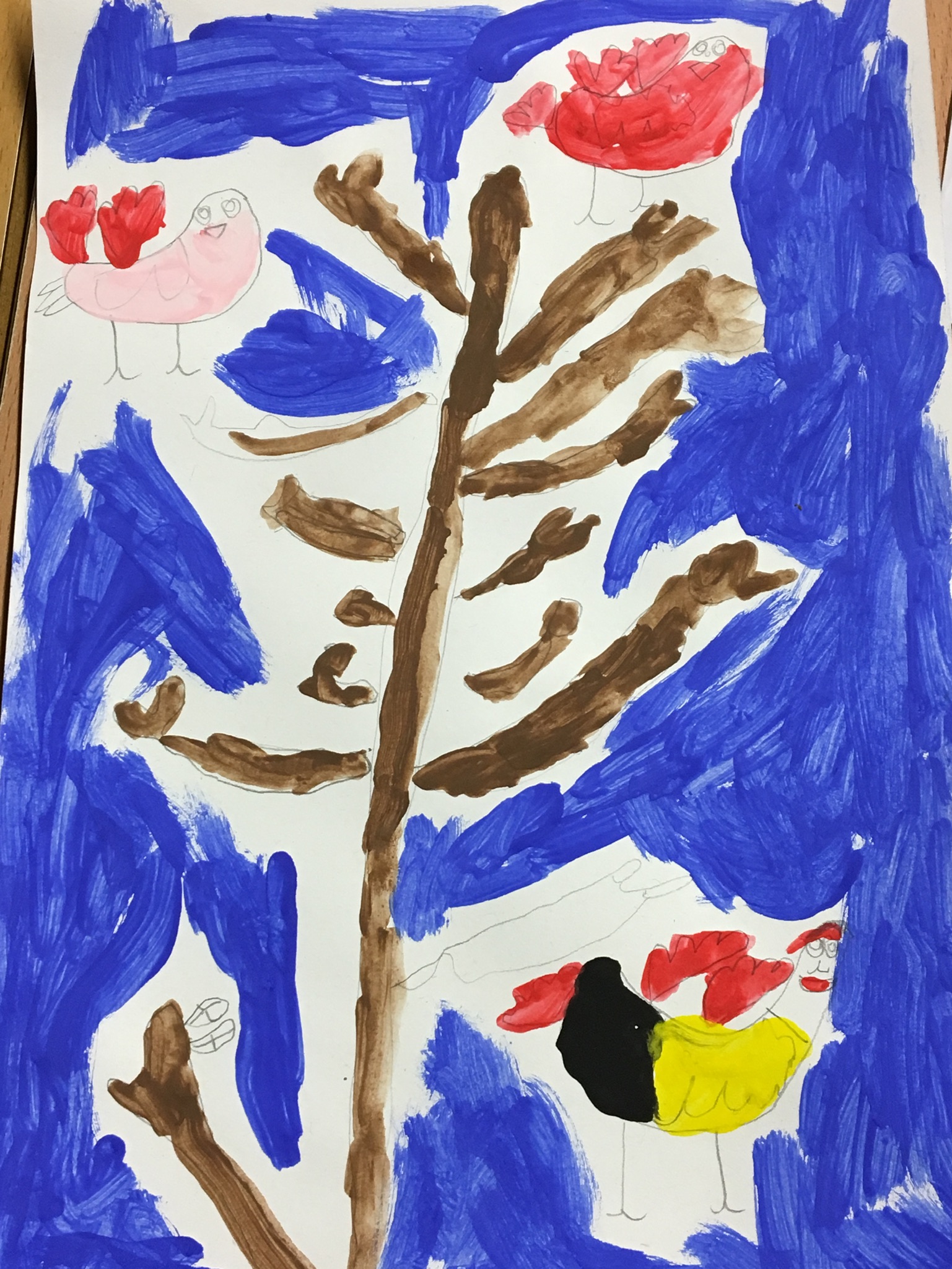 The children were captivated by a video we watched of a Starling murmuration.  Agog with gasps of wonder and delight, they were transfixed with awe as the magnificent flocks of starlings swept in gigantic waves across the countryside.  The murmurations resembled plumes of smoke being buffeted by the wind and they ducked and dived in the sky.

To think about this on paper, we did a short exercise to create a pattern on paper using crosses to represent birds and minds really soared and came up with some crazy ideas of how their murmurations would look! 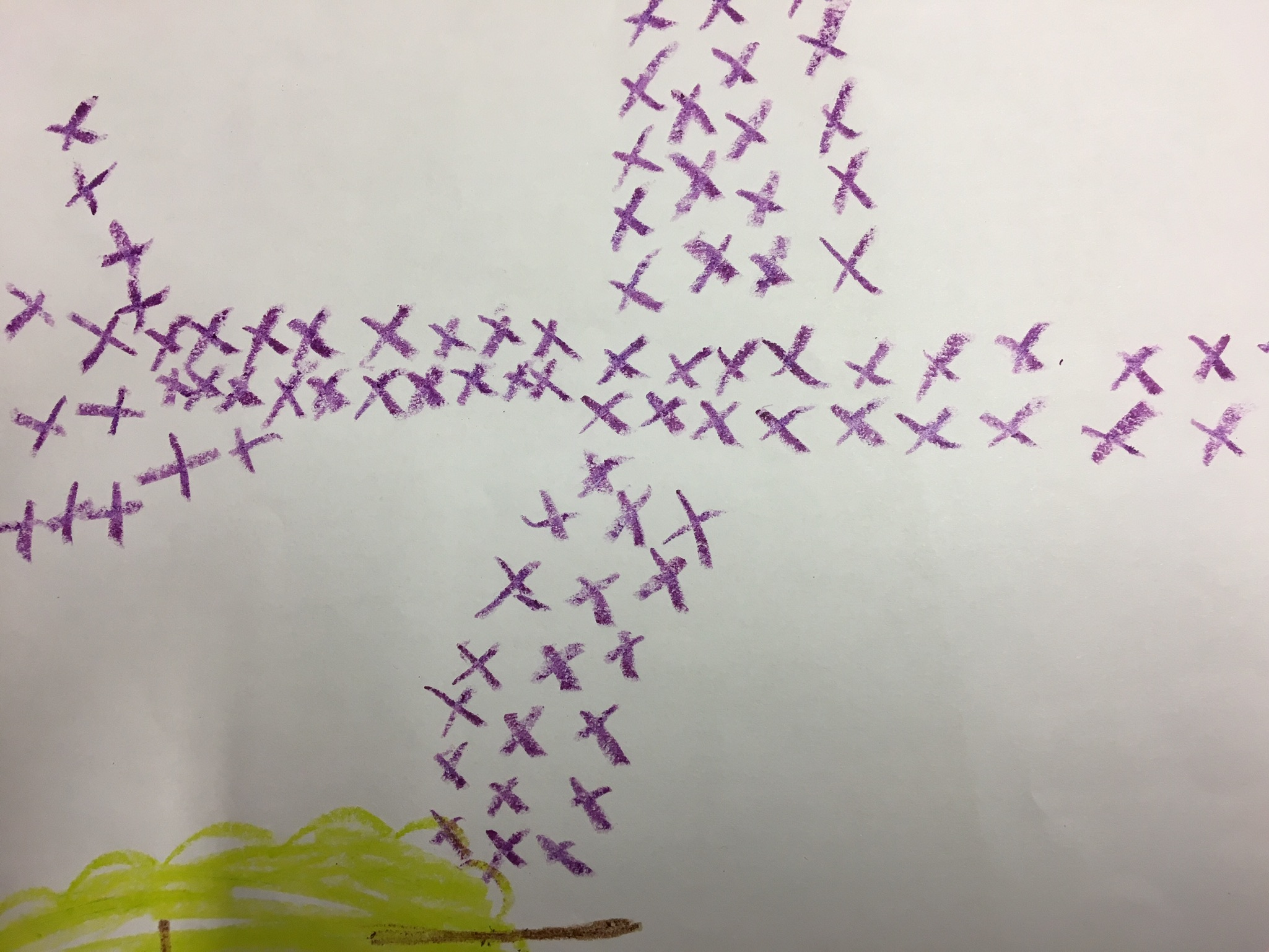 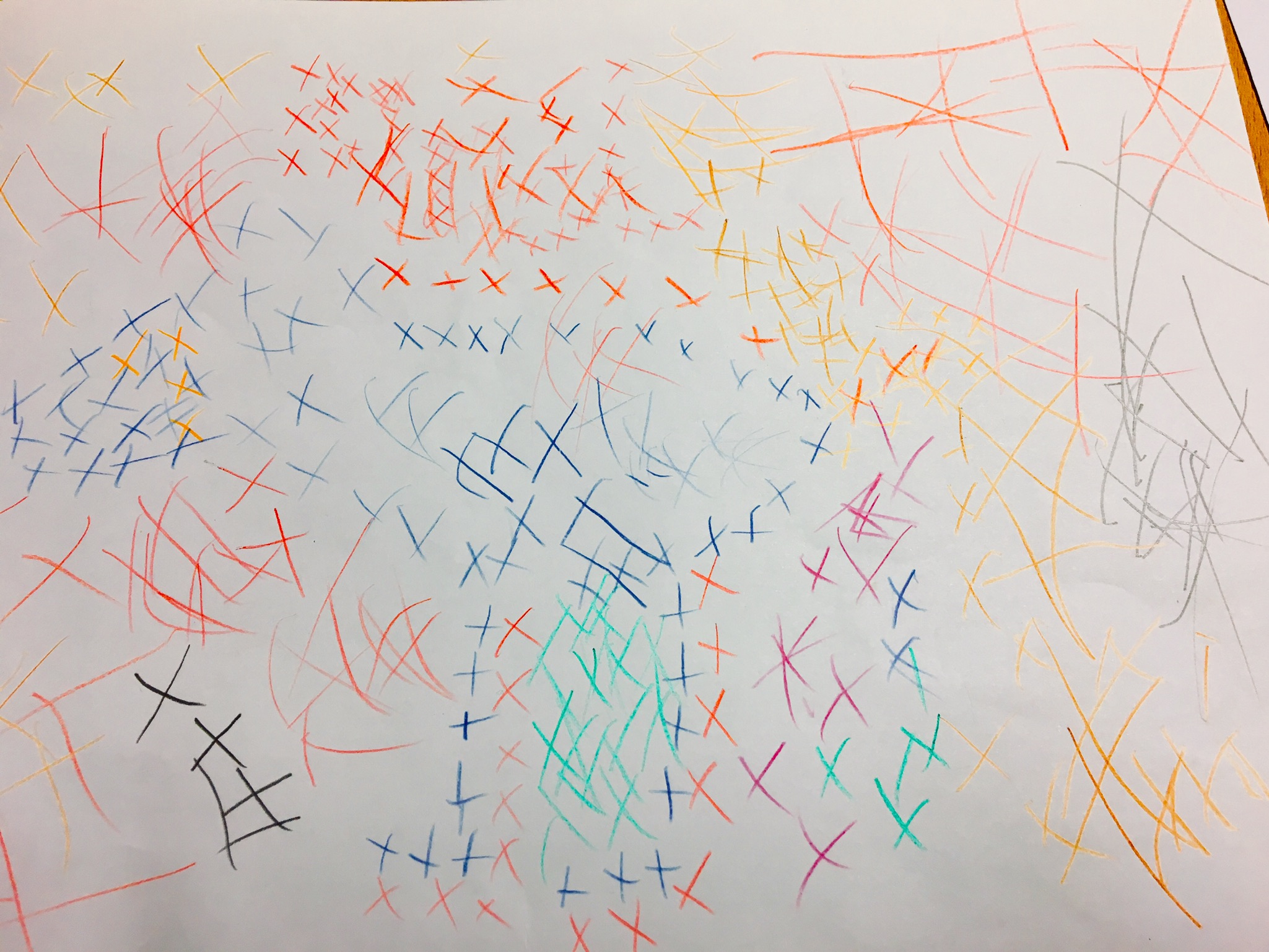 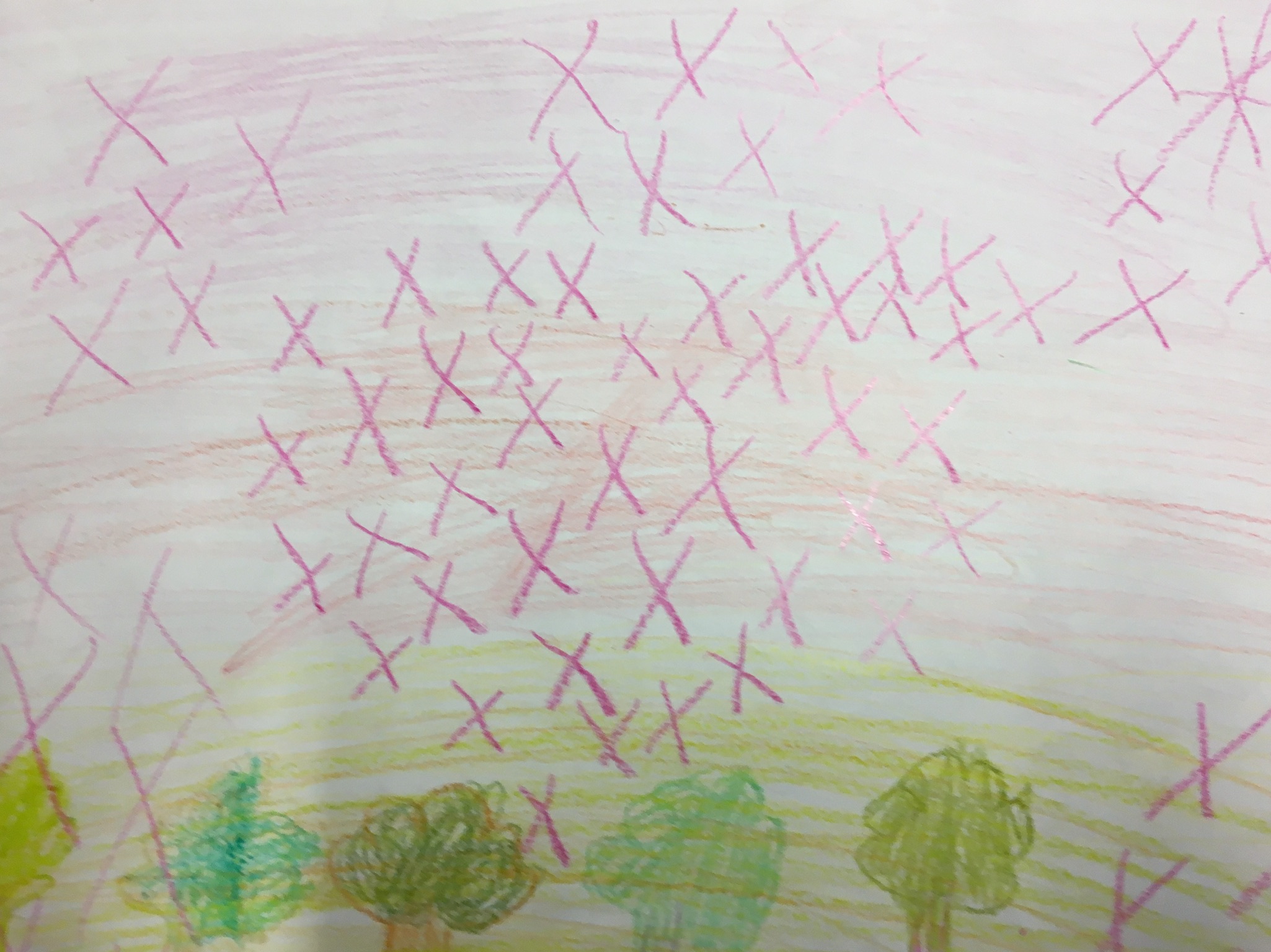 This palette is very warm, we can feel the soothing effect of soft sunset and the treetops give us a clear sense of perspective when we look at this scene.